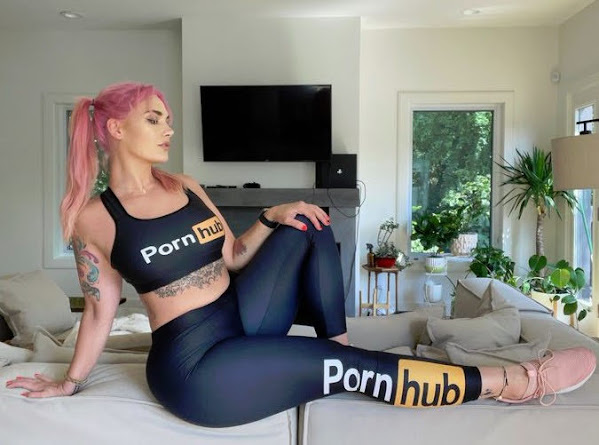 Some of her casual fans might not know it but hottie Siri has done quite a bit of scholarship and discussion on the topic of pr0n literacy and right now we celebrate her efforts along with checking pop culture, community news and top headlines.

When a global health crisis exposed 'broken' systems, these KC startups jabbed back

Patients need easier access to their medical records, said Saroj Gupta, stressing the life-threatening outcomes for individuals who might miss important vaccinations - or erroneously obtain multiple doses - because of poor or hard-to-find documentation.

For Andrea Broomfield, writing her newest book, Iconic Restaurants of Kansas City, was one of the hardest things she's done in her career. Ask her why and Broomfield will tell you she struggled with deciding which of the hundreds of deserving restaurants made the cut into the final book.

On this week's episode of the Northeast Newscast we're catching up with Cafe Cà Phê founder Jackie Nguyen ahead of their Asian American Pacific Islander Heritage Month (AAPIHM) celebration this weekend in Columbus Park. We talk about the diverse experiences of Asian people, combatting racism, and progress on Kansas City's first Vietnamese coffee shop's brick-and-mortar.

KANSAS CITY, Mo. - If you're a hospital worker, in the military or engaged to someone who is and plan to say "I do" soon, you could score a free wedding dress thanks to True Society's Gowns for Good event.

RUSHVILLE, Mo. - Farmers are feeling the financial pressures of rising prices. "Farming is like a crapshoot. You don't need to go to Vegas because you got farming to make up for it," Jeffrey Gaskill said. Gaskill has been farming for decades and knows the occupation brings ups and downs that are often out of his control.

Liz Goldwyn, an author, artist and filmmaker who hails from the Hollywood dynasty Goldwyn family, has focused the bulk of her work as of late in the sexual education space. She's the founder and voice behind The Sex Ed podcast, is currently putting finishing touches on an upcoming book, Sex Health & Consciousnes s, and is a passionate advocate and speaker on all things sex and wellness.

President Joe Biden's approval rating has reached a new low, according to analysis by poll tracker FiveThirtyEight, as the administration appears to be dealing with a mountain of problems. FiveThirtyEight found that the president's approval rating stood at just 40.7 percent as of May 20, while 53.9 percent of Americans disapproved of how Biden is handling his job.

Trump reacts to testimony that Clinton spread Russia allegations: 'Where do I get my reputation back?'

EXCLUSIVE: Former President Donald Trump reacted to the bombshell testimony out of the trial of Michael Sussmann that Hillary Clinton herself approved the dissemination of false information alleging a covert communications channel between the Trump Organization and a Russian bank to the media.

It's a drowsy rainy Thursday at the Iowa State Capitol, and Iowa State Representative Cherielynn Westrich is speaking to a school group about how a bill becomes a law. The state Legislature is out of session, and only a handful of members are lazing about the chamber catching up on correspondence.

HELSINKI - Russia halted gas exports to neighboring Finland on Saturday, a highly symbolic move that came just days after the Nordic country announced it wanted to join NATO and marked a likely end to Finland's nearly 50 years of importing natural gas from Russia.


Nobody Cares About COVID?!?

As cases rise, Americans are 'checked out' on COVID-19

COVID-19 cases are on the rise, but many Americans are over thinking of the virus as a crisis. Even in blue cities, restaurants are packed with people, and many Americans don't wear masks even on the subway or on airplanes. Amid this national attitude, it may be extremely difficult for local or national leaders to...


Beltway Taken Back By American Needs

President Joe Biden's West Wing has been thrown into crisis mode over a nationwide shortage of baby formula, with top aides undertaking efforts to restock grocery store shelves while coming under fire for a mess they didn't create and which they're still working to grasp the scope of.

President Joe Biden signed a $40 billion package of new military, economic and humanitarian aid to Ukraine Saturday, less than 24 hours after Russia claimed victory in the months-long battle for Mariupol's Asovstal steel plant. The bill which will help Ukraine to replenish U.S.

WASHINGTON - A federal judge in Louisiana on Friday ruled that pandemic-related restrictions on migrants seeking asylum on the southern border must continue, blocking President Joe Biden's plan to terminate the Title 42 public health order Monday. The Department of Justice said it plans to appeal the decision. U.S.


Trolling Social Media For A Change

Elon Musk wears many hats as Tesla CEO, SpaceX CEO, and founder of the Boring Company and Neuralink. He's also a prolific Twitter user. The news that Musk made a $44 billion offer to buy Twitter and potentially become the social media company's CEO has sent shock waves through Wall Street and social media.

Penny Romero, co-owner of Penny's Bakery, along with GM and Executive Pastry Chef Brittany Brittin, hosted a festive and fragrant grand opening and ribbon-cutting at the family-owned donut shop and bakery at 13109 Holmes Road in Martin City, on May 4. Dignitaries and well-wishers noshed on mouth-watering samples of donuts and baked specialties.

This story was first published in KCUR's Creative Adventure newsletter. You can sign up to receive stories like this in your inbox every Tuesday. NPR's beloved Tiny Desk Concert series has been bringing musicians to the smallest stage since 2008, even expanding into artists' homes to broadcast during the pandemic.

Art, Addiction and Paleontology: How local artist Wes Benson overcame his past to paint a brighter future | UMKC Roo News

While opioid addiction and alcoholism continue to be a struggle for countless Americans, Kansas City artist Wes Benson was able to overcome them. Rather than using his pain for inspiration, Benson chooses to instead focus on beauty and light. Over five years sober from OxyContin and vodka, Benso ...

KANSAS CITY, Mo. - KC Pet Project is hoping community members will boogie on down to the Crossroads for the "Caturday" Disco on Sunday. The shelter has partnered with several local breweries and restaurants, where people can buy a ticket and then head to several of them where they can have cat themed drinks and food as well.

Scattered showers may impact your Saturday

Hide Transcript Show Transcript ON YOUR SATURDAY MORNING AND PETE. GRIG. ACTIVE RADAR ONCE AGAIN THIS MORNING LIGHTING UP. YEAH. THIS IS IT'S NOT SEVERE. SO THIS IS GOOD SOAKING IN MOST AREAS AND IF YOU'RE NOT GETTING RIGHT NOW, YOU'LL EVENTLLUAY GET SOME BECAUSE ALL THIS IS KIND OF DIRECTION LET'S ZOOM IN A LITTLE BIT.

Anna of the North & Gus Dapperton - Meteorite the song of the day and this is the OPEN THREAD for right now.