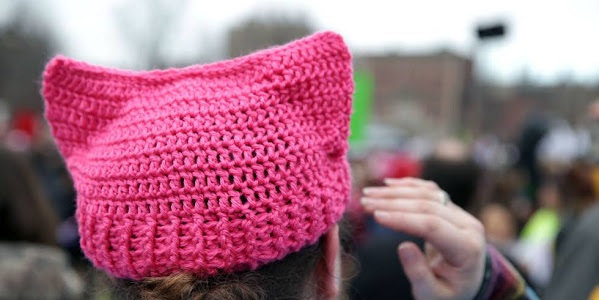 As always, we encourage our blog community to think critically about all things related to the local discourse.

TKC views the abortion question through the lens of politics and voter turnout as midterms approach. Like it or not, the issue has the potential to mobile progressive voters and even win support amongst moderates who don't approve the radical departure in American legal policy.

As always, we try to highlight some of the more thoughtful perspective from our blog community.

Here's a worthwhile note from Carlos sent our way . . .

"Looks like 600 people turned out for the fight against over turning Roe Vs Wade.

"Another rally begins in KCK after this one

"Have to admit this is a different rally considering 145 m Americans living in poverty.

"The message is No Turning Back On Human Rights."

A quick peek at the impressive crowd: 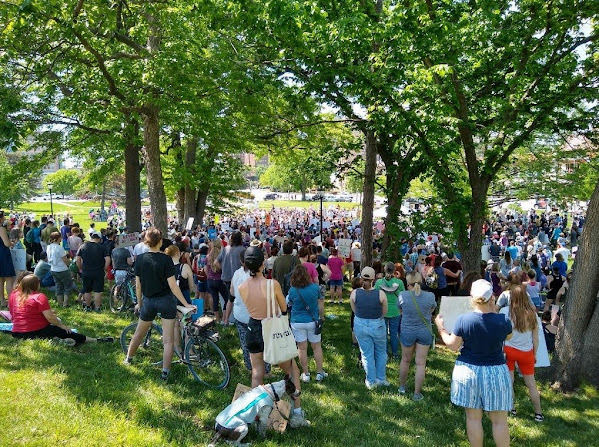 'We will not go back': Thousands rally for abortion rights across the US

Thousands of people were taking part in protests across the US on Saturday to decry the supreme court's expected reversal of the landmark 1973 law that made abortion legal in America.


Photos: Abortion rights protests take place across the US

Abortion rights protests take place across the US on May 14 in the wake of a draft of a majority opinion written by Justice Samuel Alito, indicating the Supreme Court would strike down Roe v. Wade.

Tens of thousands of demonstrators are taking the streets in hundreds of protests across the country Saturday to defend abortion rights following a leaked Supreme Court draft opinion overturning Roe v. Wade, the landmark law that legalized abortion nationwide.