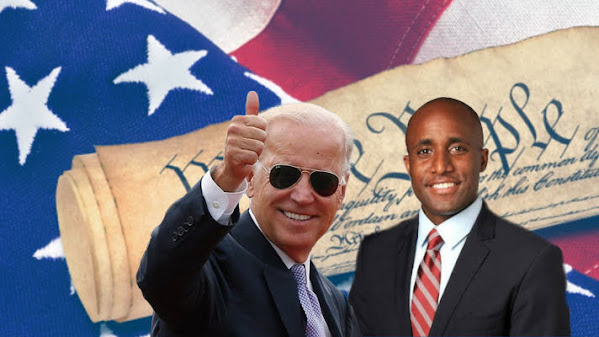 We'll start with the punchline.

Nothing is going to change.

The Prez is too unpopular to do anything too drastic. Republicans aren't convinced by so many emotional pleading and mean tweets.

Forgive me but politics has turned TKC into a professional cynic and we're far more sympathetic to the personal reactions, heart breaking stories and personal testimony far more than politicos attempting to distract from the own horrific records when it comes to gun violence.

"I hate these political students. They're meaningless, you might as well tell people that you're going to solve world hunger when you offer these empty political gestures."

"Please tell me how Mayor Quinton Lucas is going to get the cooperation he needs for gun control from Jeff City after spending the past two years bad mouthing Republicans and calling everyone who disagrees with him racist??? The answer is: He knows that he's powerless when it comes to passing meaningful legislation and he's just putting on a show."

At the national level . . . We see the same scenario play out.

Of course we want people to allow themselves to mourn this American tragedy but at the same time we can't forget that political opportunists are using this discussion as a wedge issue in order to gain the upper-hand as Midterms approach and progressives confront historic push back and conservatives seek to rally their supporters.

Read more via www.TonysKansasCity.com links on this tragic topic and how the local discourse has confronted the politics of it all . . .

New data from the Centers for Disease Control and Prevention shows that guns are the leading cause of death for children. More children are dying from guns than from car accidents in America.Kansas and Missouri are among the worst states in the country for firearm deaths.

KANSAS CITY, Mo. - KSHB 41 News is focusing on potential solutions that could prevent another school shooting from happening. The I-Team contacted every member of Congress that represents the Kansas City area. We honed in on two questions: What solutions do you believe are necessary for the country to move forward?

Late Tuesday morning, a gunman left 19 children and two teachers dead in a tragedy at Robb Elementary School in Ulvade, Texas. It was the second mass shooting of this type in under a couple of weeks. Earlier this month, another gunman entered a Tops Friendly Market on the east side of Buffalo, New York, and opened fire on shoppers in an attack.

A deadly mass shooting inside a Texas elementary school has local law enforcement taking precautions. The Clay County Sheriff's Office announced earlier this week that deputies would be present outside of school buildings in North Kansas City Schools until the end of the school year on Friday.

Moms Demand Action for Gun Sense in America is reacting to the massacre in Texas. The group was founded after children were killed in the Sandy Hook school shooting almost ten years now.Since then, the group has been fighting for gun violence prevention.

KANSAS CITY, Mo. - Parents in the Kansas City area and their students are still processing the Texas school shooting that killed 19 students and two teachers. Many are still weighing if they want to talk about it or not, while also being vulnerable about how some might feel desensitized.

On Wednesday, less than 24 hours after a teenage gunman massacred 19 children and two teachers and left others severely wounded inside an elementary school in Uvalde, Texas, U.S. Senate Majority Leader Chuck Schumer said he would not seek a vote on two gun control measures that have passed the House of Representatives.


The husband of slain Uvalde teacher has died of 'a broken heart,' his family said. Doctors say death from grief is rare but real.

The nation is paying a price for President Biden's divisive leadership. At a moment of national outrage, with every American sickened by the horrific killing of 19 school children in Texas, our country looks to our president for answers.