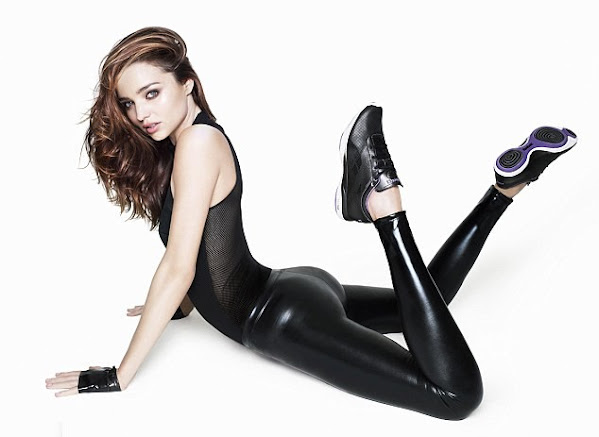 For close readers of the blog we check-in with this quick peek at hottie Miranda's classic work-out gear promo along with pop culture, community news and top headlines.

KANSAS CITY, Mo. - Whether you have two legs or four, inflation has impacted the lives of those in the Kansas City area. KSHB 41 News is continuing to look into how members of the community are adapting to inflation, including nonprofits who rely on donations.

OPINION AND COMMENTARY Leaders at school districts who believe none of their students are using potentially deadly opioids, and so they don't need to keep lifesaving doses of opioid-antagonist medication in stock, are just fooling themselves. "Drugs in our schools are more of an issue than guns in our schools," said Jason Roberts, president of the Kansas City Federation of Teachers.

KANSAS CITY, Mo. - Police in Kansas City, Missouri, are investigating a shooting that left a man critically injured on Monday night. The incident happened near east 22nd Street and Prospect Avenue at around 9:38 p.m. Officers responded to the scene on reports of a shooting and found the man in the street.

KANSAS CITY, Mo. - A Kansas City mom did CPR on her 18-month-old son while trying to call 911 at the same time. Amid the terrifying moment, she revived her toddler. Her son Aavion is still recovering at Children's Mercy Hospital, but she still remembers looking down at the boy as he struggled to breathe.

As we reported last month, the NFL is set to announce its official schedule for all 273 games of the 2022 regular season at 7 p.m. Arrowhead Time on Thursday night. We already know that the Kansas City Chiefs will open Week 2 by hosting the Los Angeles Chargers on Thursday Night Football .


Hotness Can Change The World

The White House Correspondents' Dinner is an experience like none other. Washington D.C.'s annual "nerd prom" honors excellence in journalism while raising scholarship money for the next generation of news people. After a two-year hiatus, it returned this weekend with a bash hosted by Trevor Noah and a guest list that read like a pop culture who's who.


NOBODY LIKES THE PREZ!!!

Politics Podcast: Why Biden Has Lost Ground With Democratic Voters

Nationally, a large majority of Americans support legal abortion in at least some cases, but the politics of abortion are likely to play out on the state level if Roe v. Wade is overturned. In this installment of the FiveThirtyEight Politics podcast, the crew discusses the various types of legislation different states may adopt and how those policies jibe with local public opinion.

Former President Donald Trump said he no longer has four cell phones identified by the New York attorney general's investigation into the Trump Organization's finances but has turned over his personal phone to be searched as he tries to convince a state judge to lift a civil contempt ruling that so far has cost him $140,000.

Sens. John Cornyn, a Republican from Texas, and Chris Coons, a Democrat from Delaware, introduced a bipartisan bill called the Supreme Court Police Parity Act, and are hoping to pass the legislation as soon as possible.

CNN's fact checker Daniel Dale pushed back President Biden's recent claim that his policies had helped to reduce the federal deficit - revealing that one expert told him that the Democrat's assertion was "almost bizarro world" in its misrepresentation of the situation.

Vladimir Putin observed Russia's annual Victory Day celebrations in the Kremlin's usual style, with thousands of troops parading through Red Square to honor the defeat of Nazi Germany on May 9, 1945. But this time, contrary to widespread expectations, he had no other victories to celebrate.

Shanghai is further tightening its stringent lockdown measures after China's top leader Xi Jinping pledged to "unswervingly" double down on the country's controversial zero-Covid policy, leaving millions confined to their homes with no end in sight.

May 9 (Reuters) - COVID-19 vaccine makers are shifting gears and planning for a smaller, more competitive booster shot market after delivering as many doses as fast as they could over the last 18 months.

KANSAS CITY, Mo. - On Sunday, May 15, a total eclipse of the moon will be seen across the night skies for the first time in years. On the night of May 15, the moon will the Earth's shadow, creating a total lunar eclipse, the first since May 2021.

OVERLAND PARK, Kan. - The owner of the former Incred-A-Bowl amusement center in Overland Park, Kansas, wants to build townhouses in an empty field behind the building near west 151st Street and Antioch Road. On Monday, the city's planning commission will review a request from property owner N. M.

Kansas City 'Rosie the Riveter' rolls up sleeves, helps restore WWII plane she worked on in 1944

It's been 77 years since Allied forces proclaimed victory in WWII on May 8, 1945.Now, a piece of WWII history is being restored with some very special local help.The B-25 Mitchell Bomber was used in every theater of WWII, and it played a crucial role in the Allied victory.More than 6,000 of those planes were made at the Kansas City Fairfax Aviation Plant.

The Wade Brothers had a vision for Tiki Taco on West 39th Street. To handle the culinary side, they tapped former Westport Cafe co-owner Richard Wiles, who supplemented classic ground beef in crunchy shells with Thai fried chicken.

Where did spring go? After a mild week, Kansas City will have its hottest stretch of the year so far in early May.Hazy hot and humid weather will last again into the middle of the work week.

A$AP Rocky - D.M.B. was the song of the day and this is the OPEN THREAD for right now.