Kansas City Turnabout: Student Loans, Smut & So Many Other Atrocities 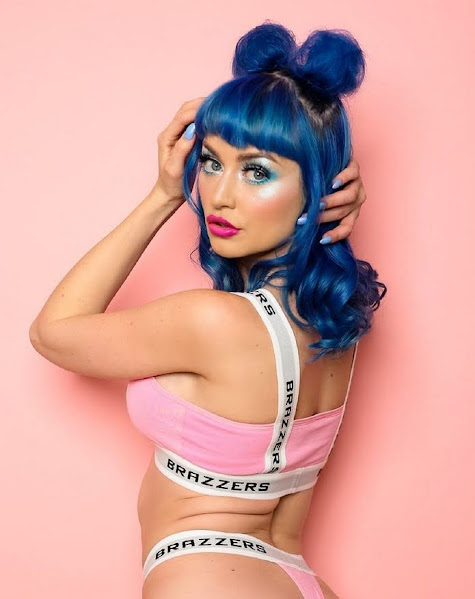 Right now one of the world's most celebrated smut adult brands inspires our peek at pop culture, community news and top headlines . . .

One man is trying to do something about the growing problem of trash along the streets in Kansas City."Obviously, a lot of trash around here," said Evan Howell.The 23-year-old said he loves his community but he's not a fan of all the trash in it."It's easy for us to look

KANSAS CITY, Mo. - Have you ever thought there needs to be additional bus routes around the stadiums or more bike lanes in the city? That's exactly what RideKC wants to know, so it's put out a survey. From the streetcars to the city's buses, there are several ways to get around Kansas City.

Residents of Wyandotte County and southeast Kansas face worse health outcomes than most of the rest of the state. A of annual health rankings from the University of Wisconsin Population Health Institute considers premature death, births of low-weight newborns, mental well-being and other factors.

KANSAS CITY, Kan. - Weeks after being attacked by a pit bull, one Kansas City, Kansas woman said she is still traumatized. The dog that bit her was no stranger. Tamika McClaine said it belonged to her next-door neighbor. "I still have limited mobility in my left hand still," McClaine said.

President Biden invoked the Defense Production Act to address the Wednesday and directed his administration to use Defense Department aircraft to pick up overseas infant formula that meets U.S. health and safety standards to address the formula shortage grappling the nation.

Inside the last-minute Trump endorsement that enraged Pa. Republicans

Trump was skeptical of Mastriano, according to a source familiar with his thinking, because he had "done nothing on the audit promises in a year," a reference to an investigation of the 2020 election that he pushed in the state.


So Many Fans Of Free Money

Mark Cuban supports Biden's proposal to forgive $10,000 in student debt per borrower as long as 'ridiculous tuition fees' are addressed alongside it: 'We don't want this being a perennial problem'

Entrepreneur Mark Cuban told Insider that he's in favor of Biden's proposal to cancel $10,000 in student debt per borrower. That's a reversal from his previous position, saying cancellation bails out higher-ed institutions. He said that making sure colleges and universities can't charge "ridiculous" fees is a more pressing problem.

Here's what Walmart, Target, Home Depot and Lowe's tell us about the state of the American consumer

How well is the American consumer holding up against sky-high inflation? It depends on whom you ask. Four major retailers - Walmart, Target, Home Depot and Lowe's - reported quarterly financial results this week, and they each offered a different perspective on where and how people are spending their money.

Goldman Sachs CEO David Solomon is advising his clients to be more cautious with their finances because the Federal Reserve's moves to combat inflation could result in recession or other negative consequences.

The White House resumed its coronavirus briefings on Wednesday after a six-week hiatus as Covid-19 cases rose across the nation, with the new head of Covid response calling on Congress for additional funding to pay for vaccines and treatments. "I want to make sure we have enough resources so that we can buy enough vaccines for every American.

Google's DeepMind says it is close to achieving human-level AI

DeepMind expert suggests the hardest tasks to create a human-like AI are solved The London firm wants to build an 'AGI' that has the same intelligence as humans This week DeepMind unveiled a program capable of achieving over 600 tasks DeepMind, a British company owned by Google, may be on the verge of achieving human-level artificial intelligence (AI).

Zach Greinke had a solid outing and the rookie hitters for the Royals had a field day at the dish as Kansas City beats Chicago 6-2. The Royals quickly jumped on Lucas Giolito. In the bottom of the first, the Royals loaded the bases with a single and two walks, but MJ Melendez struck out to end the threat.

The heart of our mission is to find the amazing souls that breathe life into our communities. In the recent weeks, we've had the privilege to connect with some incredible artists, creatives, entrepreneurs and rabble rousers and we can't begin to express how impressed we are with the incredible group below.

KU Basketball's NCAA championship win last month is something most Kansas Citians won't soon forget, and now the win has been forever commemorated with the addition of the 156th and final Parade of Hearts heart. Designed by local artist Megh Knappenberger, the heart will go on display May 19 at the Lawrence Field House.

Thursday will be hot, humid

Hide Transcript Show Transcript AS WE GET CLOSER TO SUNSET. IT'S YOUR FORECAST FOR THE REST OF THE EVENING AGAIN CUMULUS CLOUDS NEXT FEW HOURS AFTER THAT TO BE MOSTL CYLEAR TEMPERATURES WILL COOLHR TOUGH THE 70S DOWN TO THE 60S BY OUR LATE EVENING HOURS BY TOMORROW MORNGNI.