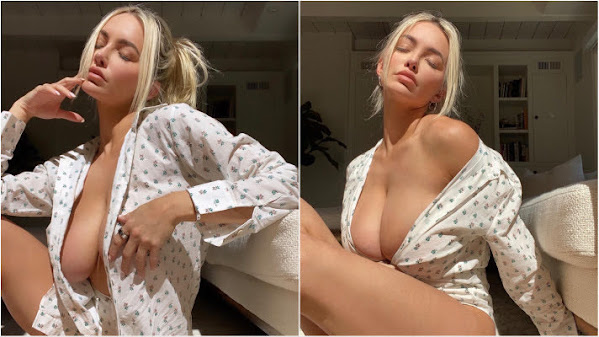 KANSAS CITY, Mo. - Things are about to get a little more colorful in Midtown. Midtown KC Now is accepting applications from artists through June 15. Each artist selected will be responsible for creating artwork for two store front windows near 39th Street and Main Street.

The future of golf returns to south KC in AdventHealth Championship

The AdventHealth Championship returns to Blue Hills Country Club in south Kansas City on May 19 as the PGA's developmental level, the Korn Ferry Tour brings the best young professional golfers in the world to south Kansas City as they compete to reach the PGA Tour.

Throughout the late Frank Lloyd Wright's career, he built over 500 structures that earned him the title of "the greatest American architect of all time." Wright's fans travel the country to view the architect's buildings-approximately 400 of which are still standing, and three are located in Kansas City: the Bott House, Sondern-Adler House, and Community...

The Royals should ditch the starting rotation

The Royals have been bad more than a month into the 2022 season. That starts with the hitting, but the starting rotation has been suspect as well. Even the two strong performers, Zack Greinke and Brad Keller, have a lot of questions surrounding how long they can keep it up given that their peripherals are not amazing.

KANSAS CITY, Mo. - When Lindsey Jarrett saw a friend of a friend's Facebook post asking for a kidney donor for his father, she reached out to help. More than a year later, she donated her kidney to Dr. Pete Poovendran, a stranger with whom she now shares a lifelong bond.

Albert L. Ortega, Chip Somodevilla/Getty Images As of this writing, Lindsey Pelas' Melania Trump cosplay has over 100,000 likes on Instagram, proving that fans were most definitely ready for this crossover. That being said, when asked for her thoughts on the Trumps, Pelas told Nicki Swift: "Oh my gosh, I have so many thoughts, but God, I would just like to leave those in 2020."

Analysis: Jeff Bezos and Joe Biden are having the stupidest fight ever

Among the many silly, mind-numbing, agenda-pushing exchanges happening on Twitter at any given moment, the one playing out between the President of the United States and the world's second-richest person stands out for both its dullness and its deliberate oversimplification.

The company buying Trump's social network Truth Social warned investors about his past business failures. In a filing Monday, Digital World noted the bankruptcy of Trump Taj Mahal and failure of Trump Vodka. The blank-check firm is engineering a merger with TMTG, the company that owns Truth Social.


Inflation Back To The Future

The Fed has a new plan to avoid recession: Party like it's 1994

Wide leg jeans, butterfly clips and half-point rate increases: The 1990s are back.

North Korea stands on the brink of a Covid-19 catastrophe unless swift action is taken to provide vaccines and drug treatments, experts have said, as the number of people reported to have fallen ill rose to almost 1.5 million.

Other Kind Of Aliens Emerge

Pentagon now reports about 400 UFO encounters: 'We want to know what's out there'

Top Pentagon officials told a House panel on Tuesday that there are now close to 400 reports from military personnel of possible encounters with UFOs -- a significant increase from the 144 tracked in a major report released last year by the U.S. intelligence community.

Kansas City radio pioneer Andrew Skip Carter started the nation's first Black-owned and operated station west of the Mississippi River, KPRS AM. Now the company he founded, Carter Broadcast Group, is looking back at 72 years of growth and contemplating a robust future.

Chef and co-owner Keeyoung Kim says that for the Sura Eats team, a popular stall at the Parlor food hall in the Crossroads, the full-service Chingu has "been our vision from the get-go."

A line of potentially severe thunderstorms is expected to move southeast across the Kansas City metro region late Tuesday night, bringing with it the chance for damaging winds and more.First Alert Meteorologist Nick Bender said Tuesday will be dry for most of the day.

Hasta Los Dientes is the song of the day and this is the OPEN THREAD for right now.