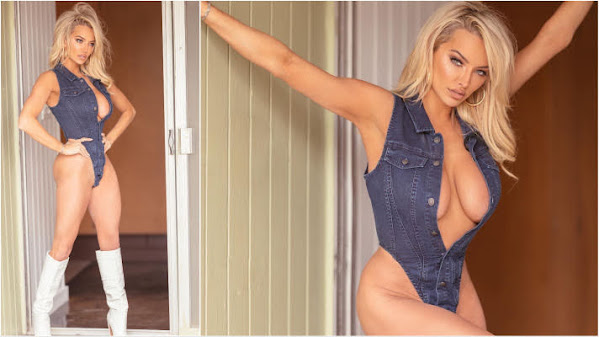 Right now hottie Lindsey and her social media life inspires us to take a peek at pop culture, community news and top headlines.


Careful Out There Kansas City

KANSAS CITY, Kan. - The heat moves into the Kansas City metro, a week after the city experienced days of rain. With the forecasted temperatures to reach the 90s consecutive days this week, it hasn't been this hot outside since sometime in September 2021.

KANSAS CITY, Mo. - Kansas City, Missouri, police are investigating how a pickup crashed into a building near East 85th Street and Troost Avenue overnight. Police were called to the area at about 1 a.m. Tuesday.


Playing To The Middle In JoCo

With NASCAR headed to Kansas City this week for its twice-yearly show at Kansas Speedway, Joey Logano won for the first time this season on Sunday, taking the checkered flag in the Goodyear 400 at Darlington Raceway in Darlington, South Carolina. The NASCAR Cup Series victory did not come without some fireworks.

Let's Argue: the Honey Badger can be replaced

Bra-pocalypse now. Big breasts might seem like a blessing to some. However, one buxom influencer finds her cumbersome chest to be a massive burden, as she's allegedly forced to wear multiple bras at once to work out, among other inconveniences. The blond bombshell showed off her apparently problematic mammaries in a series of TikTok videos with millions of views.

WASHINGTON - President Joe Biden will outline his efforts to fight inflation and lower consumer prices in a speech from the White House on Tuesday, addressing a top concern of voters ahead of the midterms. Biden will summarize the steps his administration has taken, as well as proposed, to try to alleviate the issue, the White House said, and will contrast his agenda with the proposals of Republicans, who have made the economy a top line of attack against Democrats as primary season begins.

Vladimir Putin has reportedly lost his 38th, 39th and 40th colonels in the Ukraine war, adding to Russia 's mounting losses in the conflict. Lieutenant Colonel Alexander Blinov's death was confirmed on Monday, when a photo emerged of his picture on a grave in Volgograd, south-western Russia.

Millions of Americans who gained Medicaid health insurance during the COVID-19 pandemic could lose coverage this year or next year when generous federal subsidies end, a new analysis found. Kaiser Family Foundation estimates 5 to 14 million Americans could lose Medicaid when states begin to unwind coverage after the Biden administration declares the COVID-19 public health emergency is over.

A Bridge So Far

Construction on the new Buck O'Neil Bridge is well under way. Quite an undertaking. What the finished product will look like. This view is north. Will be finished in 2024. While I was there a train came by head east... Couldn't let it pass without a photo.

KANSAS CITY, Mo. - We all forget some due dates from time to time, so local libraries often think nothing of a book or other material coming back a few weeks late. But David Izzard was a sophomore at what's now UMKC studying music theory and composition when he went to the Kansas City Public Library to check out some records in 1961.

Carly Rae Jepsen - Western Wind is the song of the day and this is the OPEN THREAD for right now.