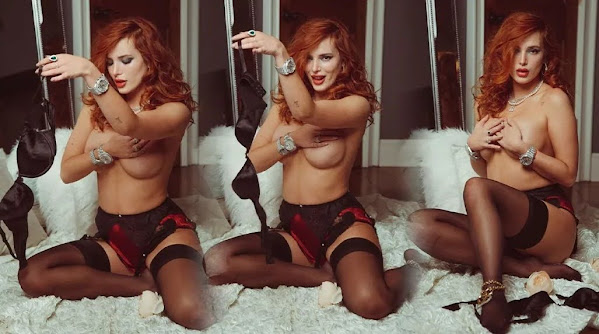 KANSAS CITY, Mo. - Next month, teams from the prestigious Massachusetts Institute of Technology will begin working with groups in and around Kansas City, Missouri, to promote entrepreneurship in the biologics industry. Leaders predict positive results from the program will trickle down to other industries.

KANSAS CITY, Mo. - As thousands of kids get ready to dive into another pool season, the Kansas City Parks department wants to start planning for the future. High on the to-do list is an Aquatics Master Plan.

The Kansas City Star filed a motion in court Monday seeking the release, over a defense lawyer's objections, of a probable cause affidavit in the case of a teenager charged with murder in Olathe. The teenager is among six teens who have been charged with first-degree murder in Johnson County juvenile court in the May 14 killing of 19-year-old Marco Cardino of Smithville.

INDEPENDENCE, Mo. - Less than two months after filing a lawsuit claiming he was the rightful heir to a vacant city council seat, former councilman Mike Huff is dropping that suit. It's a surprise for many since it comes just weeks after Huff and his lawyers after for the court process to be expedited.

When the NFL's full regular-season schedule was announced on May 12, we learned that the Kansas City Chiefs would play one preseason game on the road against the Chicago Bears, followed by two home games against the Washington Commanders and Green Bay Packers.

Bella Thorne says she started smoking weed at a young age for anxiety: 'It completely changed my life'

At just 24 years old, Bella Thorne is hoping to dominate the marijuana industry. The Disney star turned entrepreneur is unapologetic about her love of weed and its health benefits in her latest interview with Cannabis Now magazine, where she goes into detail about how smoking pot from an early age changed her life for the better, and why she decided to start her own marijuana company.

US military will defend Taiwan 'if it comes to that,' Biden says

Pence breaks with, and avoids talking about, Trump in Georgia

KENNESAW, Ga. - In a pointed rebuke to Donald Trump, the president he loyally served for four years, former Vice President Mike Pence aggressively touted the candidacy of Georgia Gov. Brian Kemp at a campaign rally Monday. Trump's anger at Kemp stems from the aftermath of the 2020 election.

A veteran Russian diplomat in Geneva has resigned over his country's invasion of Ukraine in a rare political protest from within the Russian foreign policy establishment. Boris Bondarev, a counsellor at the Russian permanent mission to the United Nations in Geneva, wrote in a public statement: "Never have I been so ashamed of my country."

Monkeypox outbreak is primarily spreading through sex, WHO officials say

An outbreak of the monkeypox virus in North America and Europe is primarily spreading through sex among men with about 200 confirmed and suspected cases across at least a dozen countries, World Health Organization officials said Monday.

Will Smith: I felt like a 'coward' when I didn't defend my mom from dad's abuse

Will Smith will always stand by his family. Season 4 of Netflix's "My Next Guest Needs No Introduction with David Letterman" premiered Friday with Smith, 53, visiting the couch in the second episode. The interview is full of tidbits from the actor's life and career, including a moment where he playfully chides Letterman, 75, for talking about his mother, Caroline Bright.

The last public payphone in NYC has been removed from Midtown

Midtown Manhattan said goodbye to a long-standing resident on Monday when the city's last working public payphone was officially removed from the area. "As a native New Yorker, saying goodbye to the last street payphone is bittersweet because of the prominent place they've held in the city's physical landscape for decades," said Matthew Fraser, NYC's Commissioner of the Office of Technology and Innovation.

Ludo's Shuffleboard Bar wants you to risk it for the biscuit

Ludo's Shuffleboard Bar. // Photo by Jordan Baranowski Full-sized shuffleboard is an underrepresented bar game. You can find any number of spots around Kansas City with shuffleboard tables, but finding a place with the space and set up for multiple courts is a rarity.

Something Rotten poster. // Courtesy Theatre in the Park Broadway comes alive in KC in the shape of the musical Something Rotten. Premiering Friday, June 3, the Shakespeare-inspired piece follows a tale of two brothers, and their ultimate competition (musically anyway), "The Bard."

A dry evening turns into rain and storms Tuesday

A storm system will slowly move out of the southern plains and will pick up tons of moisture that will be converted to several rounds of rain and storms in the Kansas City area.The storms do not look severe, so damaging wind or hail is not expected.

Sech - Noche De Teteo is the song of the day and this is the OPEN THREAD for right now.