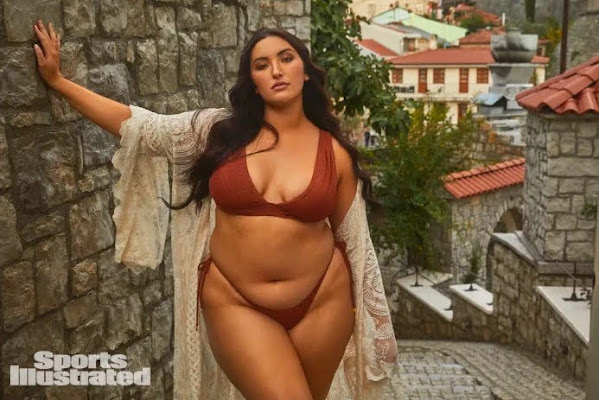 Right now we focus on swimsuit hottie Yumi as we consider ancient considerations of beauty along with a hefty helping of pop culture, community news and top headlines.

When Folk Alliance International first hosted a conference in Kansas City in 2014, musicians and concert-goers were blown away. "I had someone from Hungary, Argentina, Mexico, somebody representing Ireland and West Africa, Cuba," musician Beau Bledsoe told KCUR about leading a panel on world music.

Plans for a retailer to take Nordstrom's planned spot at the Country Club Plaza probably will necessitate another trip through Kansas City's approval process, and any change ought to come with scrutiny because of land the city made available for the project, two local development attorneys say.

A Kansas City-area runner believed he had qualified for the race of his dreams only to find out it was all a mistake. The recent Garmin Marathon wasn't the competition it was supposed to be, and organizers now admit it came up short.For five years, Tyler Alt of Prairie Village has been lacing up his running shoes, training six to seven days a week.

OPINION AND COMMENTARY Wednesday, the U.S. House approved a bill providing $28 million to the Food and Drug Administration "to address the current shortage of FDA-regulated infant formula." The vote was 231 yes, 192 no. Every Republican U.S. congressman and congresswoman from Kansas and Missouri, save Rep. Ann Wagner of the St.

Kansas City Royals star catcher Salvador Perez is expected to miss at least two weeks after suffering a sprained left thumb Tuesday against the Chicago White Sox. The Royals placed Perez on the 10-day injured list after the opener of Tuesday's doubleheader against the White Sox.


PLUS SIZED DEBATE BUSTS OUT OVER AGE-OLD BEAUTY STANDARDS!!!

Nu, 36, took to TikTok to share her thoughts on 59-year-old Peterson's opinions about her Sports Illustrated Swimsuit cover, which was released on Monday After the cover was made public, Peterson - who is known for his stances against political correctness and 'woke ' ideologies - tweeted his thoughts about Nu Sharing an image of her cover, the Canada-based author wrote: 'Sorry.

Trump may hold off on more endorsements for coming primaries, advisers say

Republican candidates in upcoming primaries may have a tougher time scoring a coveted endorsement from Donald Trump, according to the former President's allies, who say he is feeling more risk-averse amid the deadlocked Senate GOP contest in Pennsylvania.

Buffalo shooting suspect called a 'coward' during a courtroom outburst

BUFFALO, N.Y. - A courtroom spectator on Thursday shouted "coward" at the 18-year-old white man indicted in connection with the slaying of 10 people who were gunned down in a racist rampage at a Buffalo supermarket.


Hard Times On The Horizon

US 'heading into a very serious recession' later this year, venture capitalist warns

Craft Ventures co-founder and general partner David Sacks warned on Thursday that the U.S. is headed for a "very serious" recession later this year as markets have been experiencing the "worst downturn since the dot-com crash." The dot-com bubble was a quick rise in U.S.

The Senate Thursday approved more than $40 billion of additional humanitarian and military assistance for Ukraine as the last aid package was expected to run out this week. The bill, which now heads to President Joe Biden for his signature, is triple the amount of aid the U.S.

Explainer: Why monkeypox cases are spreading in Europe, US

LONDON, May 19 (Reuters) - A handful of cases of monkeypox have now been reported or are suspected in Britain, Portugal, Spain and the United States. The outbreaks are raising alarm because the viral disease, which spreads through close contact and was first found in monkeys, mostly occurs in west and central Africa, and only very occasionally spreads elsewhere.

Twitter deal leaves Elon Musk with no easy way out

Since the financial crisis, corporate lawyers have aspired to build the ultimate ironclad merger contract that keeps buyers with cold feet from backing out. The "bulletproof" modern deal agreement now faces one of its biggest tests, as Elon Musk, the Tesla boss and richest person in the world, openly entertains the possibility of ditching his $44 billion deal for Twitter.


Good Deeds On The Way

A state-of-the-art medical facility is on its way to Ukraine from Lenexa. It's exactly what doctors and nurses need right now.KMBC's Haley Harrison was given a chance to look inside this traveling hospital.The Russians have destroyed nearly 600 medical clinics and 100 hospitals. Outside, it's a shipping container.

C olorful neon signs are the first things you notice walking into Kansas City's American Jazz Museum. They come from jazz clubs around the city and hint at the vibrant night life that surrounds this distinctive type of music.


No Comeback For Cowtown

After going up 3-0 and 4-1, the Royals gave up six unanswered runs to the White Sox in a 7-4 afternoon loss. The loss gave Chicago a rare five-game series win and dropped Kansas City to 14-23, just a loss away from being 10-games under .500 for the first time all season.

UK Billboard #1 in May of 1992 CeCe Peniston - Keep On Walkin' is the song of the day and this is the OPEN THREAD for right now.