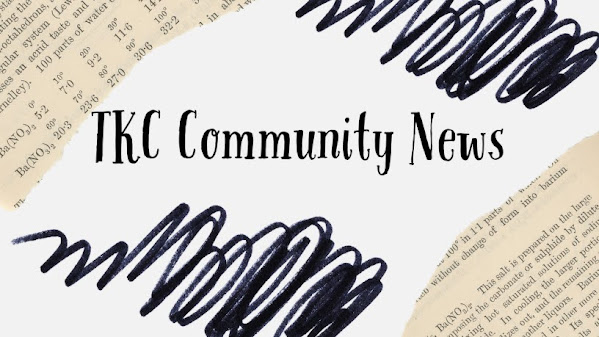 In this quick post we catch up with community news and info from around the metro that might not be debatable but still remains worth a look.

Hide Transcript Show Transcript IS HEART OF THE MATTER. CO: THANKS FOR JOINING US. IT IS MOALME WEEKEND, ARCING A MILESTONE. SUMMER VACATION IS UPON US. WE'RE DEVOTING THIS EPISODE TO KIDS AND PARENTS AS THEY WORK TO PLANUT O THE NEXT █FEW MONTHS.

KANSAS CITY, Mo. - One Shawnee Mission School District teacher is working to raise awareness during Brain Tumor/Brain Cancer Awareness Month by sharing her personal brain tumor survival journey. "I remember the doctor saying we found a mass and then I don't remember anything after that," Lisa Joerling said.

Jenny Doan, of Hamilton, Missouri, is a YouTube star and successful business owner.She's been called the most famous quilter in the world, and she is credited with making quilting cool again. She shares her secrets with other Kansas City entrepreneurs.She said she never saw it coming, but Doan's quilting tutorials have hundreds of millions of views."It was it wasn't even on my radar.

KANSAS CITY, Mo. - A Kansas CIty mother is inspiring others after turning her life around. She lost her children after falling into addiction, but now she has them back, and they are thriving. Brittany Daniels' story is unique, but in some ways also very common.

KANSAS CITY, Mo. - Before the Royals RBI youth summer baseball season could officially begin, the fields at Clark-Ketterman Park in Kansas City, Missouri, needed new infields. "It is unusable, it's a muddy mess and definitely not the experience we want to offer our young people," said Dr. Dred Scott, president and CEO of Boys and Girls Clubs of Greater Kansas City.

KANSAS CITY, Mo.- Family and friends gathered to celebrate the life of Eric Verner today. Earlier this month, Kansas City police found Verner with gunshot wounds outside of a home in the 8300 block of East Gregory. As of Saturday afternoon, police said they have not made any arrests in this case.

KANSAS CITY, Mo. - What would you do if you found out your loved one was in one of the worst nursing homes in the country? The KSHB 41 I-Team learned there is a federal program that specifically flags nursing homes with a long history of putting patients at risk.

The new terminal at Kansas City International Airport (Code: MCI) will open in less than a year, and planning for the grand opening is underway. Edgemoor Infrastructure & Real Estate, on behalf of the city of Kansas City, issued a request for proposals to event production companies interested in handling the terminal's grand opening celebrations.


Model airplane enthusiasts from around the country gather at Lake Jacomo

LEE'S SUMMIT, Mo. - Anyone near Lake Jacomo over Memorial Day weekend may see some miniature combat airplanes battling it out in the sky. Model airplane enthusiasts from all over the country traveled to the Charles W. Reed III flying field to participate in a control line combat competition.


Rain on the way out, hot and windy afternoon

Sunday becomes hot and windy in the afternoon after the rain clears out. High temperature will be near 90 degrees.Monday is the first in a series of stormy days. Hot and windy by day and then stormy in the northwest area of the metro at night. High around 89 degrees.