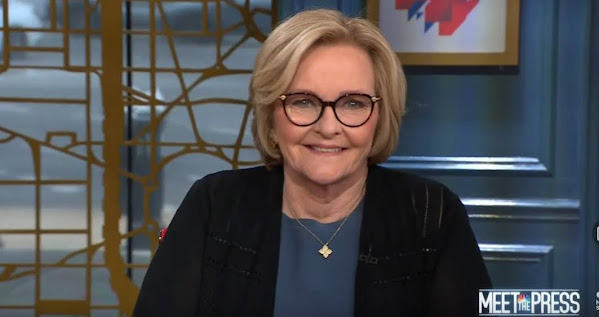 THE KANSAS CITY STAR LOOKS TO FORMER SENATOR CLAIRE McCASKILL FOR INSPIRATION THAT MIGHT START A DEMOCRATIC PARTY RENAISSANCE IN JEFF CITY!!!

Never mind that she lost to some guy that looks like Alex P. Keaton's understudy.

Here's the newspaper lamenting the Super Minority status and irrelevance of progressives in Missouri.

Democrats are largely irrelevant. That decline wasn’t caused by aliens in a spaceship, or Republican intransigence. It was caused by Democrats always playing defense, apparently embarrassed by a progressive approach. Refusing to rock the boat hasn’t worked.

Playing Missouri nice with radical right-wingers hasn’t worked. We can see the results.

Of course their conclusion is wrong and doesn't understand politics at all.

Missouri Democrats suffer from myopic leadership, a weak and antiquated fundraising infrastructure that's far too reliant on unions for money . . . And, sadly, there just aren't many likable Missouri Democrats.

The answer isn't to mobilize with the MSNBC playbook.

Talking about issues that voters REALLY care about like weed legalization, healthcare and education would make a GREAT start.

What we'll see as the midterms approach is nothing but played out culture war politics, pussy hats and racially charged rhetoric.

The Missouri Democrats deserve their disgrace and irrelevance . . . If they take the newspaper's advice they'll stay in the doldrums and speak to only a small minority of the electorate whilst the world passes them by . . .

Democrats' ideas are what the people want. So why do they play defense in Jeff City?

OPINION AND COMMENTARY Troublesome legislative sessions in Missouri and Kansas have ended, confirming the truth: Unless and until voters are offered real alternatives to conservative orthodoxy, the states will continue their frightening march to the extreme right. That means abortion rights, public education, public safety and health, and civic and electoral rights will be at greater risk than ever before.