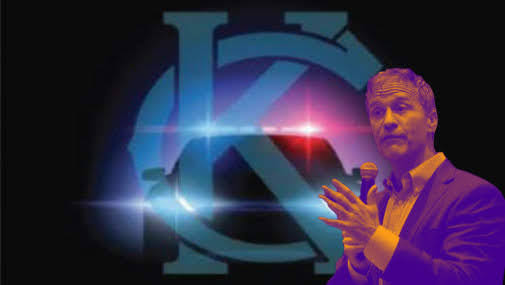 Today the newspaper offers a scintillating connection that might have been important last month when people sorta cared about the story.

"The Kansas City police officer at the center of a criminal investigation for his role in the former Missouri Gov. Eric Greitens ride-along in April is Capt. David Loar, according to court records.

"Loar remains on paid suspension during the ongoing investigation. He is the son of Kansas City Councilwoman Teresa Loar and had previously been assigned to the North Patrol Division located in Platte County.

"The police department had not identified Loar as the officer under investigation. The department announced late last month that it had launched a criminal investigation for possibly violating Missouri law that strictly prohibits political activity while on the job.

"Loar is identified as the officer who is the subject of the investigation in a court order from Presiding Platte County Circuit Court Judge Thomas Fincham appointing Darrell Moore as special prosecutor in the case. The Star obtained a copy of the document. "

The "investigation" is in Clay County . . . It's unlikely there will be any charges BUT it's surprising that it's still going on . . .

The newspaper seems to be alleging some kind of GOP conspiracy . . . Which could be fun if Council Lady Teresa Loar wasn't close with top Democratic Party leaders for the past 20 years. Also . . . Cops actually don't have that much influence over Missouri politics.

It turns out NOBODY really watches Week In Review on KCPT.

That's not really a surprise . . . But seriously, we cautiously put the video front & center and WAITED for readers to notice . . . Seems like people tune out less than 3-mintues into the program.

Eric Wesson told us about this story and the connection on April 29th on Week In Review and it only merited about 20 seconds of conversation.

As for the Missouri GOP conspiracy angle . . . We think the overly complicated bit of partisan finger-pointing will merit even less attention for the fading local newspaper.

The Kansas City police officer at the center of a criminal investigation for his role in the former Missouri Gov. Eric Greitens ride-along in April is Capt. David Loar, according to court records. Loar remains on paid suspension during the ongoing investigation.

A special prosecutor will decide whether to bring charges against a police officer in connection to former Missouri Gov. Eric Greitens' April ride-along with Kansas City police that was criticized for politicizing the department. The special prosecutor, Darrell Moore, was appointed in late April by Presiding Platte County Judge Thomas Fincham days after the police department launched a criminal investigation of the incident.