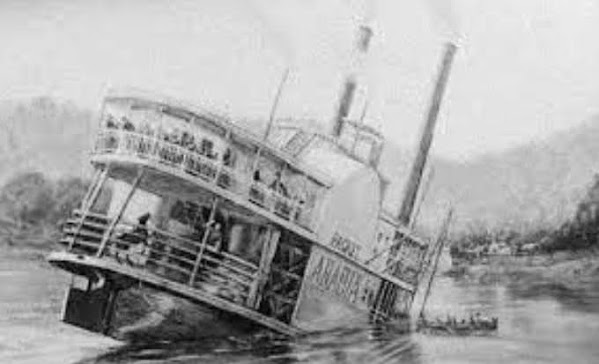 The tourism stats are impressive but we can only imagine that most visitors were youngsters who were forced to attend.

Now, the sunken boat tour is probably going back to STL . . .

The Steamboat Arabia Museum is one of the top tourism draws in Kansas City. It ranked third behind the National World War I Museum and Memorial and the Nelson-Atkins Museum of Art in a survey last year by Tripadvisor.

If the museum moves to the St. Louis suburb, it would be a homecoming of sorts for the steamboat that sank in 1856 while hauling cargo up the Missouri River to the western frontier.

The Steamboat Arabia Museum, one of Kansas City's bigger tourism draws, has a tentative agreement to set sail from the City Market to St. Charles, Missouri, according to city officials there. "We do have a letter of intent that's signed, sealed and delivered," St. Charles Mayor Dan Borgmeyer said.