Kansas City Pause To Appreciate Civilization Before It Inevitably Crumbles . . . 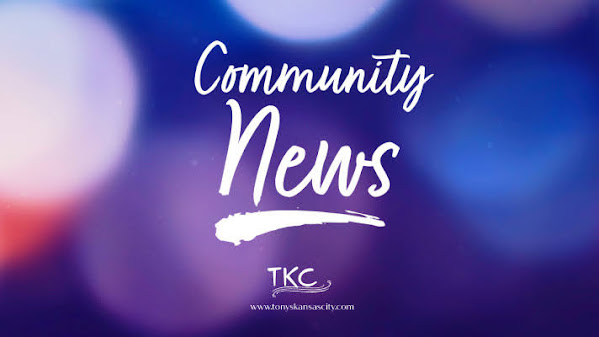 For the early morning denizens of our blog community . . . We share a quick peek at some of the slightly less controversial hyper local news links that have captured our attention.

KVC Health Systems and Legacy Brokers hosted an inaugural Mental Wellness Expo in Olathe on Thursday. A large group of insurance providers, educators, healthcare workers and mental health advocates gathered in a room to break down the stigma around mental health and to find solutions.

KANSAS CITY, Mo. - Wonder what it's like to be in space? Retired NASA astronaut Leland Melvin came to Kansas City, Missouri Thursday and visited with Ewing Marion Kauffman High School students about the view from the International Space Station and how he launched into his profession.


Proposed state budget could increase pay for some Missouri teachers

Some Missouri teachers could be getting a pay increase if the proposed state budget is approved. It would increase teachers' base salaries to $38,000. It's an effort to get more teachers in the classroom and keep them there.

WICHITA, Kansas - Kansas public schools feel the pinch of enrollment losses that came with the COVID-19 pandemic - and it could mean fewer teachers, bigger classes and widespread budget cuts. The number of students enrolled in Kansas public schools dropped by more than 15,000 since the start of the pandemic, according to state data.

LEAWOOD, Kan. - A first grade teacher in the Shawnee Mission School District got a fun surprise on Thursday morning as she won a local contest for Teacher Appreciation Week. KCookie Company asked their Instagram followers to nominate teachers in the area that they think are deserving of some extra love.

LEE'S SUMMIT, Mo. - Three Lee's Summit firefighters recently received the department's highest honors, the Medal of Valor for saving a girl from a burning home. When firefighters arrived at the home this January they could see smoke showing.

TOPEKA - While the COVID-19 pandemic took many lives and left many businesses and people in precarious positions, U.S. Rep. Jake LaTurner sees a silver lining in the growing emphasis on becoming a self-sufficient country.

JEFFERSON CITY, Mo. - Many Missouri taxpayers could get a one-time refund of up to $500 per individual under a plan endorsed by state senators as a way to help offset inflation while whittling down a state surplus.

community day: habitat kc A home is more than four walls and a roof. Just ask Kayla Border. After living in an apartment for years, she loves her new home. "Miracles happen. I'm a living testimony of it." Kayla enjoys the simple pleasures - just relaxing on a front porch - a porch that belongs to her.

KANSAS CITY, Mo. - As we get older, it gets harder and harder to keep up with new technology, but during the pandemic the internet became one of the only lifelines to the outside world. That left some older Americans out of the loop.


Thank you, Tyrann Mathieu, for always being yourself

Like many things throughout Tyrann Mathieu's life, his time with the Kansas City Chiefs wasn't always easy. But it was worth it. While the lows sometimes felt personal, the highs were as high as they come. But that's who Mathieu is. He is a real human who takes things personally, and he deals with people on a personal level.

OVERLAND PARK, Kan. - If you're looking for a reason to get dressed up, we've got your answer. Adults of all ages can re-live their high school prom or attend the prom they never had May 21 at the Camelot Ballroom in Overland Park.


Lots of Kansas City municipalities let you raise mini goats as pets. Why not Raytown?

OPINION AND COMMENTARY Nathan and Rachel Bergen addressed the Raytown Board of Aldermen at the April 19 meeting during public comments. The couple wants to raise miniature goats on their property. The Bergens moved to Raytown with their three children nearly two years ago.

KANSAS CITY, Mo. - At a time when people are leaving the medical field after a long two years in the pandemic, there's the next generation of doctors ready to help - starting this weekend. Joe Li is about to graduate medical school from Kansas City University and walk across the stage to get his degree for the first time ever.

It was 19 years ago today that the infamous F4 tornado ripped through the Northland of the Kansas City metro on a late Sunday afternoon . It started near the Speedway, moved through Wyandotte County and moved into Platte County.