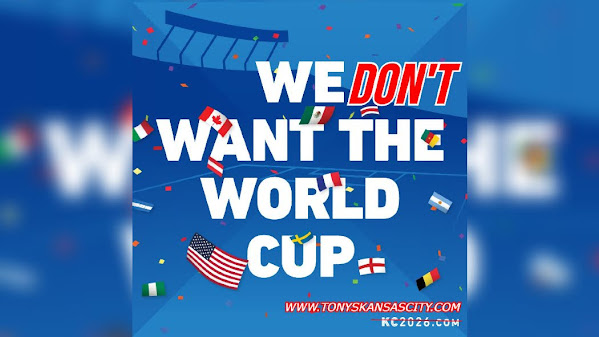 For better or worse, Kansas City politicos are far too greedy and corrupt to earn truly "woke" credentials.

Kansas City promoters won't answer human rights concerns about FIFA and their sketchy record when it comes to workers lower on the food chain.

In an open letter sent to FIFA President Gianni Infantino, Amnesty International and a selection of other human rights groups said world soccer's governing body should work with Qatar to "establish a comprehensive programme to ensure all labor abuses to which FIFA contributed are remedied."

"With six months until the opening of the FIFA World Cup Qatar 2022, hundreds of thousands of migrant workers have not received adequate remedy, including financial compensation, for serious labour abuses they suffered while building and servicing infrastructure essential for the preparation and delivery of the World Cup in Qatar," the letter read.

"FIFA should reserve an amount not less than the US$440 million prize money offered to teams participating in the World Cup, to be invested in funds to support remediation."

There has been widespread criticism of the treatment of migrant workers in Qatar during the buildup to the tournament.

See More Videos Human rights group Amnesty International has urged FIFA to earmark at least $440 million to compensate migrant workers who it says have suffered labor abuses in the preparations for the men's 2022 World Cup in Qatar.

Kansas City is in the heart of it all - geographically and culturally. Once a starting point, now we're a destination. We've been called "underrated," "up-and-coming," and "the coolest city in America." The list goes on. Our "Paris of the Plains" isn't so much resurgent as it is surging.