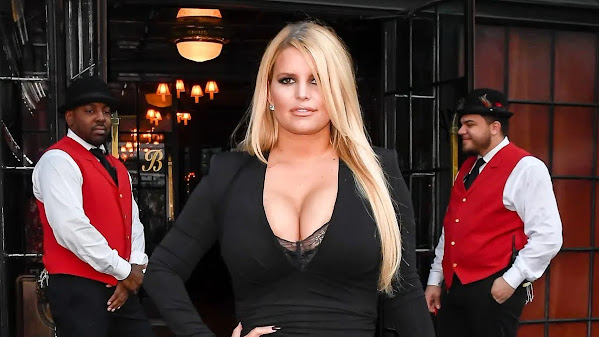 Right now we take a quick peek at the legacy of hottie Jess as we take a peek at pop culture, community news and top headlines.

Royals come back from the dead, hold on to win 3-2, and end six-game skid

During the six-game skid the Royals carried into tonight, they hadn't given up fewer than six runs in a game. They needed a response from the pitching staff, specifically from its young starter Daniel Lynch. The Royals got that from a struggling pitching staff. However, through seven innings, Kansas City had managed just three baserunners.

Merriam, Kansas, police officers say it's been a wild week. The Merriam Police Department saved a fawn earlier this week after it got trapped inside a resident's backyard. The department shared body cam video of an officer getting the young deer back to its mother.Community Service Officer Jose also helped save a baby owl.

KANSAS CITY, Mo. - A pair of teenage boys received a huge surprise while taking pictures with an exotic car in downtown Kansas City. Erica Lee and her two sons, Ayden and Kobe, were walking around downtown Kansas City when they saw a black Lamborghini parked in the Power & Light District and decided they wanted to take a picture with it.

The City Council soon could approve blight findings - recommended Tuesday by an incentive-granting agency - for an area at Main and Linwood, and another at Main and 37th, where a prolific historic developer proposes about $48 million in adaptive reuse and new-build projects.


Hipsters Sound Off This Weekend

Eight One Sixty is recording LIVE at Boulevard Beer Hall on May 31, June 7 & 14. Join us for brews, bites & live music from Miguel Antonio (Run With It), Heidi Phillips (Frogpond) & musicbyskippy!

Jessica Simpson apparently knows how to ride a jet ski in heels. On Tuesday, the singer and businesswoman shared a steamy photo that showcased her stunning physique in a sexy zebra print bathing suit which he wore with a denim jacket and strappy high heels.

Go back to your "crazy husband," Kellyanne! Former President Trump Thursday accused his former close aide Kellyanne Conway of lying when she claimed she told him he lost the 2020 election - and reignited his feud with her hubby to boot.

Sen. Ted Cruz (R-TX) abruptly walked off from a British journalist's questions about gun violence in America two days after an elementary school massacre in his state left 19 children and two adults dead. Cruz, who is due to appear at a National Rifle Association convention this weekend, became incensed when pressed on gun laws and why mass shootings "only happen in America."

Ukraine aerial video shows massive Russian shelling: "What the largest and most horrific war of the 21st century looks like"

Ukraine's Ministry of Defense on Thursday posted aerial video of what it said was Russian rockets hitting Ukrainian positions in the eastern part of the country as the 3-month-old war rages on. The ministry said the video shows a series of rocket blasts hitting targets near Novomykhailivka, in the Donetsk region, triggering shockwaves and large plumes of smoke.

Jeff Bridges reveals he was knocking on death's door while battling COVID-19 and cancer at the same time. "The Big Lebowski" star contracted the virus in January 2021 before the vaccine was available, and after chemotherapy had weakened his immune system. "I was pretty close to dying.

The long-awaited sequel "Top Gun: Maverick" hits the screen this week. One theater is showcasing the premiere through the eyes of a Kansas City area Top Gun pilot.It was the original "Top Gun" movie 36 years ago that inspired so many to become Navy fighter pilots, including Top Gun Cmdr. Jesse Reed, an Olathe East graduate, who just saw the new sequel."Just like when I was 6 years old, I saw the first movie.

PARKVILLE, Mo. - A group of people at Park University are working to make sure heroic acts by minorities during World War I are officially recognized. The Valor Medals Review Task Force was formed after Congress required a review of minority veterans, who served during the Great War.

Hide Transcript Show Transcript CLOUDY. WE WON'T CLEAR OUT UNTIL LATER ON TONIGHT. STILL GOING TO SNIG ABOUT A 20% CHANCE UNTIL ABOUT EIGHT O CLOCK AFTER THE GOES DOWN EVEN THAT LAST AND SHOULD BE OUT OF THE PREGION TEMPERATURES FALLING THROUGH THE 50S HERE.