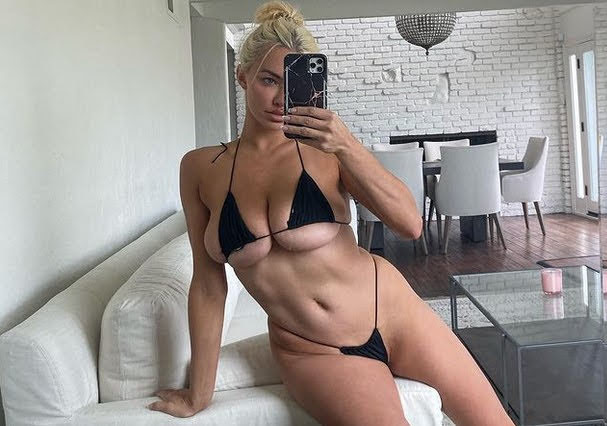 Right now hottie Lindsey and her many online talents inspires this peek at pop culture, community news and top headlines.

A big apartment project proposal on Belleview Avenue near the Country Club Plaza is back and this time it's being pursued by Lane4, an experienced multi-family residential developer. Lane4 Property Group has obtained the rights to develop the site where The Dylan apartment project was proposed more than two years ago.

LEAWOOD, Kan. - After a delayed start to the 2022 season, the newly renovated Leawood Aquatic Center is tentatively set to open on Monday, June 6. The city originally planned to open the pool by Saturday, May 28, but supply chain issues related to renovations at the aquatic center postponed opening day.

Alright, let me talk about something that is, currently, deeply frustrating to me. I have been playing Rocket League since it came out in 2015. In 2019, Epic Games (the keepers of Fortnight) bought Psyonix (the Rocket League developer) with a vision of turning Rocket League into a free to play game.

Bastille at the Uptown, May 29, 2022. // Photo by Allison Scavo Bastille Uptown Theater Sunday, May 29 As one of the top-charting artists in recent years from the radio rock scene, Bastille is back again with their newest album, Give Me The Future.

Stunning playboy model Lindsey Pelas once made a deal to be a caddie for a professional golfer at the 2017 Masters. Grayson Murray aimed to play in the 2017 edition of The Masters, but had to claim top spot at the Houston Open prior to the major in order to qualify.

FIRST ON FOX: Several Republican lawmakers blasted President Biden over his suggestion of banning 9mm handguns while speaking to a gaggle of reporters, with one pointing out that those guns are the "caliber of choice" for the Secret Service.

Trump on Sussmann verdict: 'Our country is going to hell'

Former President Trump on Tuesday expressed outrage at the news that Micheal Sussmann, a lawyer who represented Hillary Clinton's presidential campaign and the Democratic Party, was found not guilty of lying to the FBI. Sussmann is being investigated by a special counsel in relation to the origins of the bureau's probe of Trump's 2016 campaign for president....

The European Union has agreed on a plan to block more than two-thirds of Russian oil imports as part of new punitive measures against the Kremlin. European Commission President Ursula von der Leyen said the move would effectively cut around 90% of oil imports from Russia to the bloc by the end of the year.

White House denies Biden is at fault for inflation

The White House Tuesday declined to say President Biden's policies are responsible for the high inflation that has materialized under his watch. The comments were made by National Economic Council Director Brian Deese and White House press secretary Karine Jean-Pierre after the White House last year predicted inflation would be transitory.

Laverne Cox has made history, once again. The Emmy-winning actress was recently honored with her own Barbie-marking the first time Mattel has modeled the iconic doll after a transgender woman. Cox unveiled her Barbie during Wednesday's episode of the TODAY show, saying she hoped the milestone would inspire LGBTQ youth who feel stigmatized.

A Kansas City coffee shop owner is using coffee to help spark a conversation and connect with the community."I truly believe that a cup of coffee can be a vessel.

KANSAS CITY, Mo. - At the National World War I Museum and Memorial, a place of remembrance and learning, hundreds of volunteers help guide the way. Of their more than 500 volunteers, the museum estimates almost half have served in the military, including Mike Burke and Dennis Cross.

Hide Transcript Show Transcript OF THAT FRONT. THAT'S PROBABLY WHERE IT'S GOING TO STAY FOR TONIGHT FOR THIS EVENING THOUGH SINCE IT IS AN ALERT DAY0% 2 CHANCE OF SEVEN AND EIGHT ELEVATING TO AUTBO A 90 OR 60 PERCENT CNCEHA AT NINE O'CLOCK 80% CHANCE OF TEN AND ABOUT 70% SHOT AT 11 HERE.