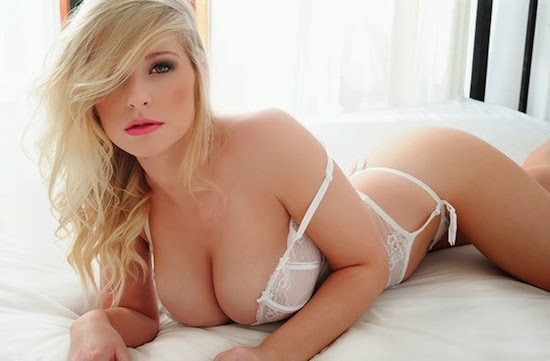 Kansas City's small businesses are glad to have people gathering again. Big events like First Friday are giving people a reason to get out. Art business is breaking records in Kansas City. Buttonwood Art Space said an exhibition it just completed hit all-time highs."We've seen, in fact, an increase in people ready to get back out and support the arts in Kansas City.


Nurses Make Most Of Days Off

LIBERTY, Mo. - This Mother's Day is a little extra special for one Kansas City-area hospital. Nearly a dozen labor and delivery nurses are expecting, themselves. There's a baby boom at Liberty Hospital. Eleven women on staff in the birthing center are pregnant. "Your mom's lucky, you're a sweetheart," Dr. Anna Gorman said.

KANSAS CITY, Mo. - Looking ahead to the 2023 NFL Draft, KSHB 41 anchor Dia Wall sat down with Katie Keenan, NFL senior director of live events. Keenan spoke with Wall about the operations and logistics required to pull the event off in just 356 days.

The new team jerseys are a mix of bold red, electric teal and white. Dark lines move across the jersey like water, an echo of the team's name. The red is meant to symbolize passion, while the teal is meant to represent hope.

Jaclyn Heupel is adamant that Heavy Head headbands are for every occasion and every identity, not just bad hair days or female-identifying buyers. Her reasoning: grounded in creating a product that she'd actually wear - anywhere. "If it's a lazy day, I have a headband on," she said.

A woman is getting help just hours after part of her bedroom ceiling collapsed. But the problem represents much deeper issues at the Parade Park Homes near the 18th & Vine District."The crack in the ceiling was right, right up there," said Ageelah Gant. There is now a massive hole.

A social media influencer has spoken out about her complex relationship with social media. Jess Davies, who is from Penrhyn-coch near Aberystwyth, explores the use of social media and subsequently our increasing reliance on technology in S4C 's documentary series Drych.

President Biden made an odd remark during his speech at the White House's Cinco de Mayo event on Thursday, as he talked about students in the U.S. learning Spanish. Biden was speaking to an audience in the Rose Garden of the White House. After commenting on the quarter of U.S.

A federal judge in San Francisco has shut down Donald Trump's crusade against Twitter, ruling Friday that the twice-impeached-former-president's claims the social media giant violated his First Amendment rights were basically BS. In a 17-page order handed down Friday, U.S.

As President Joe Biden mulls enacting some student loan forgiveness, Senate Minority Leader Mitch McConnell (R-KY) blasted him for even considering such a move. "Student loan socialism would be a giant slap in the face to every family who sacrificed to save for college, to every graduate who paid their debt, to every worker who made a different career choice so they could stay debt-free," McConnell said on the Senate floor on Thursday.

A recession may be around the corner. Don't panic | CNN Business

Around the world, warning signs of a recession are flashing. Wall Street is on edge. Central banks are hiking interest rates to try to rein in inflation. And geopolitical upheaval is exacerbating supply chain headaches that began in 2020. "We will get a major recession," Deutsche Bank economists warned last month, staking out the more bearish position on Wall Street.

The White House is preparing for as many as 100 million Americans to get infected with COVID-19 during a wave this fall and winter if Congress does not provide new funding for vaccines and tests, a senior administration official said Friday, warning new money is needed to have enough vaccines for everyone.

When Russian tanks rolled into Ukraine on Feb. 24, starting the most critical war in Europe since 1945, it threw the whole continent into turmoil and uncertainty. Yet one thing remained the same: Europe carried on buying Russian energy.

Several military or industrial facilities in Russia have mysteriously blown up Among the buildings damaged or destroyed was a military enrolment office There is growing speculation that Vladimir Putin will impose a mass mobilisation Russia appears to be facing an upsurge in sabotage of facilities with military links amid the war in Ukraine.

The Pitch collaborates with All Forked-up for Q on these beautiful ribs // Photo by Brock Wilbur The Kansas City BBQ Society (KCBS) paired up competition pros with media amateurs in a barbeque competition to mark the start of National BBQ Month.

As part of Jackson County's commitment to enhance the quality of life for all residents and build a better, more equitable community, the County is currently working to create a new master plan for the Blue River Parkway.

Here's an update to our March cover story on the Country Club Plaza - "With over 2 dozen vacancies, Kansas City Country Club Plaza is hurting. Is there hope?" Several new tenants are in the works. Readers voted on Dillard's or Target for the former Nordstrom site, and a short-term lease option has gone up on a prominent restaurant space.


The Weekend According To Katie

Some morning fog leads to a beautiful day

Early Saturday in KC, calmer winds and clear skies will lead to some fog patches in mostly low lying areas or places near bodies of water.The low will be near 50 Saturday. For the most part though, conditions are sunshine, windy and warm with highs getting into the lower 70s, Winds will gust as high as 22 mph.Even more wind and warmer temps come Sunday for Mother's Day.

Lady Gaga - Hold My Hand is the song of the day and this is the OPEN THREAD for right now.