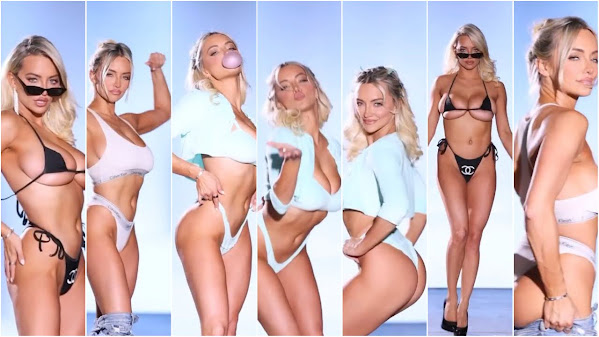 How tipping changed during the pandemic

KANSAS CITY, Mo. - It's not always easy to know what tip is expected when we order food, get coffee or get a haircut, especially after COVID-19 made it harder for some to work and get paid in the first place.

SHAWNEE, Kan. - Kelly and Bob Specht are facilitating conversation, creating a safe space and raising mental health awareness through Carl's Cause . "You can talk about a broken leg, why can't we talk about a mental health issue?" Kelly Specht said. "June 23rd of 2017, we lost our son Carl to suicide at the age of 27.

The Johnson County Board of County Commissioners will vote Thursday on whether to invest $1 million in affordable housing in Shawnee. At last week's regular meeting, the board was asked by developers for $1 million of community support funds to help construct the Hedge Lane Apartments in Shawnee.

Curvy Playboy model and Instagram star Lindsey Pelas dresses up as a classic character from comics, TV and movies.

An off-script Biden works to bury Trump's legacy in Asia

When President Joe Biden stated unequivocally Monday he was willing to intervene militarily to defend Taiwan against a Chinese attack, it was not the first time this city has seen a US president catch his national security aides off guard.

WASHINGTON - Former President Donald Trump is facing what could be his biggest electoral defeat since 2020 as he attempts to settle old scores against fellow Republicans in Georgia. In the marquee race of the day, which includes primaries in Alabama and runoffs in Texas, Trump-backed David Perdue is sputtering in his bid to unseat Georgia Gov.

Russia's invasion of Ukraine threatens to be the "beginning of the third world war" that could spell the end of civilisation, the veteran philanthropist and former financier George Soros has warned. In a ferocious attack on Vladimir Putin and China's Xi Jinping at the World Economic Forum in Davos, Soros warned that autocratic regimes were in the ascendant and the global economy was heading for a depression.

Washington - An Iraqi citizen living in the U.S. has been charged with aiding and abetting a plot to murder former President George W. Bush, the Justice Department announced Tuesday, unveiling an alleged scheme to smuggle four ISIS operatives into the country to kill the former president.

Pelosi responds to archbishop denying her communion over abortion stance

House Speaker Nancy Pelosi responded Tuesday to the announcement by the Catholic archbishop of San Francisco that she can no longer receive communion because of her stance on abortion access. She noted that the Catholic church has not denied communion to lawmakers who back the death penalty - which also violates the church's Catechism.

KANSAS CITY, Mo. - Kansas City Chiefs quarterback Patrick Mahomes' mother, Randi, is making a name for herself with designer tote bags that meet stadium requirements. Randi has shown off her QBP jersey at several Chiefs games. It stands for Quarterback Producer. Now, she is producing a dream come true for her daughter Mia and herself.

In Brookside, Earl's Premier is now shucking some of the best oysters you can find in the Midwest

"Shipping these fresh four times per week isn't cheap, but we'd be throwing away some spoiled oysters here and there, so we feel like we're making up for this in our shipping costs," Dannehl says. This commitment to minimizing waste carries over to other areas of their business.

Hide Transcript Show Transcript WINDS AT 10 MILES AN HOUR. NOT RAINING YET, IT IS COMING. YOU CAN SEE THE RAIN APPROACHING US, WORKING UP BY 35 AS WE SPEAK. WE WILL BE DEALING WITH RAIN SHOWERS, THE ONLY THING THAT WILL CHANGE TODAY IS THE INTENSITY OF THE RAIN.

Jack Harlow - Dua Lipa is the song of the day and this is the OPEN THREAD for right now.