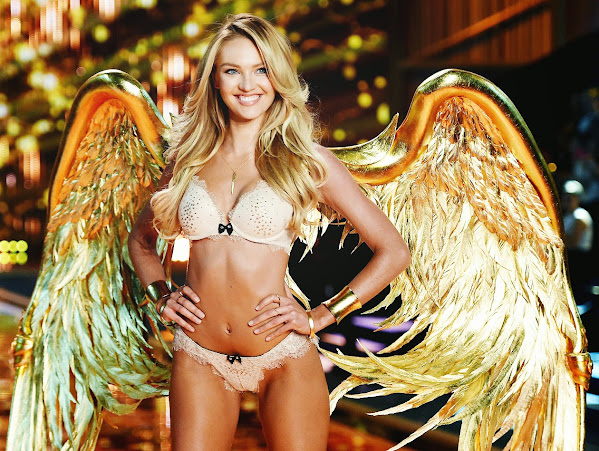 For tonight, angel Candice and her body of work inspires this quick peek at pop culture, community news and top headlines.

Love 'blooms' at a hospital in Kansas City this Mother's Day

KANSAS CITY, Mo. - Happy Mother's Day to all the women providing a caring and positive attitude in Kansas City. Many women will receive flowers this weekend as part of the celebration, but some of those flowers are extra special. That's because St. Luke's South Hospital said it's abloom with newborns.

Abortion Under Fire: What would a 'Roe' reversal mean for Kansas & Missouri?

Family, friends gather for memorial fundraiser for man killed in a shooting at Sammy's Tavern

KANSAS CITY, Kan. - Family and friends of Michael Rehard gathered to celebrate his life and help raise funds for his funeral and his two daughters Saturday night. Rehard was shot and killed inside Sammy's Tavern last weekend in KCK. His brother, along with a family friend were also shot.

JEFFERSON CITY, Mo. - Campaigns to legalize recreational marijuana use and allow ranked-choice voting in Missouri both submitted signatures ahead of Sunday's deadline to get the measures on ballots. One proposed amendment would allow adults age 21 and older to buy and grow weed for personal use.


Political Push Back On Plaza

A rally in Kansas City joined demonstrations across the country following a leaked draft opinion from the Supreme Court that would overturn Roe v. Wade. A Reproductive Rights Rally took place in Mill Creek Park at the Country Club Plaza Sunday afternoon.

Candice Swanepoel shows off her phenomenal figure, while striking a pose in a swimsuit. "Summer plans?" the supermodel asks.

WASHINGTON - As President Joe Biden ramps up his efforts to help Democrats in the midterm elections, he's focused on a selling point that, so far, voters aren't: his plan to rebuild the county's infrastructure. Standing in an industrial building near the Port of New Hampshire last month, flanked by construction and boating equipment, Biden talked dredging, bridges and lead pipes.

Trump slams Esper as 'lightweight' in response to 60 Minutes interview

Former President Trump called his former defense secretary a "lightweight" and a "RINO" in response to a "60 Minutes" interview that covered a series of shocking claims about the former commander-in-chief. Former Pentagon Mark Esper is releasing a book about his time in the Trump administration this week, and in early excerpts accuses the former...

Even Trump Is 'Completely Weirded Out By' Madison Cawthorn's Antics

Donald Trump helped make Rep. Madison Cawthorn a star of the MAGA movement, but now the lawmaker risks falling out of The Donald's good graces. Just a month after he invited Cawthorn to speak at a North Carolina rally, Trump has grown increasingly annoyed and disappointed with his MAGA apprentice.

Manchin says he'd pass parts of Biden's agenda. But Democrats may have to write the bill for him.

WASHINGTON - Sen. Joe Manchin says he's still interested in passing major pieces of President Joe Biden 's agenda - but sources close to the West Virginia senator say Democrats may be making a big mistake by waiting for him to lay out precisely what he'd support.

What do Kris Jenner and Michelle Obama have in common? They both love their kids!

The Heim Brewery legacy lives on in Kansas City

Kansas City has a sudsy history full of pre-Prohibition distilleries and breweries that catered to the thirsty patron near and far. Breweries such as George Muehlebach Brewing Company, established in 1868 and J. Rieger & Co., a whiskey and spirits distillery started in 1887 in the West Bottoms wet many whistles.


Mum Knows Life Is Give & Take

GAME 1: Royals 6, Orioles 4 Good thing they changed that doubleheader rule where they're back to being nine-inning games, huh? Kansas City led 3-1 halfway home, mainly thanks to the Orioles being terrible at defense.

As always, thanks for reading this Sunday, this is the OPEN THREAD for right now.