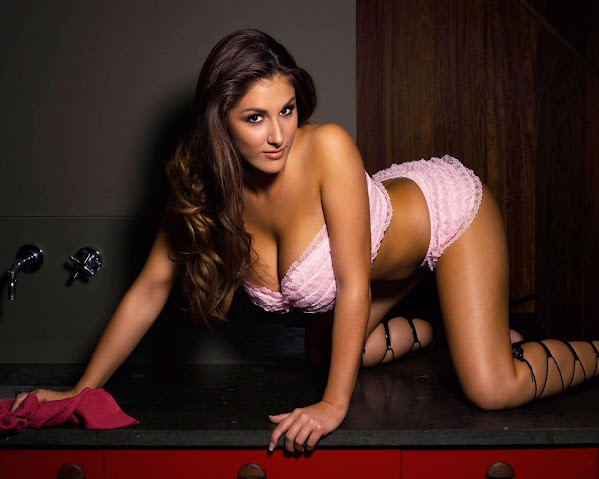 Right now we notice our favorite hottie Lucy back in the news as we check pop culture, community news and top headlines for our fellow info junkies.

KANSAS CITY, Mo. - The new terminal at Kansas City International Airport will open in less than a year, and planning for the grand opening is underway. Edgemoor, on behalf of the city, issued a request for proposals to event production companies interested in handling the terminal's grand opening celebrations.

KC Current to be without head coach, four players vs. Angel City due to COVID

KANSAS CITY, Kan. - A positive COVID test has the Kansas City Current mixing up their roster before Saturday's game vs. Angel City FC. Head coach Matt Potter and four unnamed players will not be making the trip to Los Angeles because of the test.

Police standoff ends peacefully at extended-stay hotel near I-435, Missouri 210

A Kansas City police standoff that closed a big stretch of Interstate 435 near Missouri 210 Highway Friday afternoon has ended peacefully.The standoff ended about 3:30 p.m. when a man inside a suite at an extended-stay hotel in the 4300 block of North Corrington Avenue surrendered.Police said officers were called to an apartment there about 11 a.m.

KANSAS CITY, Mo. - The Independence Avenue Bridge remains undefeated. The well-known Kansas City bridge stands strong after yet another truck crashed into it Thursday afternoon. Unlike the usual box trucks, this time a trash truck ran into one of its columns.

Lucy Pinder issued a cheeky order for all the fellas out there who might be struggling with their business in the bedroom. The stunning ex-glamour model, 38, took to Twitter last Wednesday (April 13) to share a recent sex study cited in The Independent relating to premature ejaculation.

WASHINGTON (AP) - While President Joe Biden travels in Asia, his administration is scrambling to salvage next month's summit focused on Latin America. The Summit of the Americas, which the United States is hosting for the first time since the inaugural event in 1994, has risked collapsing over concerns about the guest list.

The conservative archbishop of San Francisco, Salvatore Cordileone, says House Speaker Nancy Pelosi may no longer receive the holy sacrament of Communion in the archdiocese, because she supports abortion rights.

Tesla CEO Elon Musk is asking Twitter executives about a resurfaced Hillary Clinton campaign tweet that he considers a "hoax." Musk was responding to a Twitter user on Friday asking him about a previous tweet by the Hillary Clinton campaign which purports to have "uncovered a covert server linking the Trump Organization to a Russian-based bank" "@elonmusk I have reported this tweet as misleading disinformation to the powers that be at @twitter.


Yet Another Defeated Politico Vows Revenge

Less than 48 hours after his shocking defeat in North Carolina's primary election, Rep. Madison Cawthorn took to Instagram to post a defiant, vengeful, and typo-riddled message promising a "Dark MAGA" comeback. After decrying the establishment-driven campaign to unseat him following a long series of scandals, Cawthorn credited those he called his true allies, specifically naming figures like former President Donald Trump, Rep.

Harris urges the AAPI community to fight hate with votes

Vice President Harris is calling on Asian Americans to mobilize and show up at the ballot box for November's midterm elections as she says the U.S. is currently witnessing an "epidemic of hate" toward minority communities, referencing the recent deadly mass shootings in several U.S. cities.

Russia claims to have full control of Mariupol as wives share last messages from Ukraine fighters: "Love you. Kiss you. Bye."

Russia claimed to have captured Mariupol on Friday in what would be its biggest victory yet in its war in Ukraine. The announcement came following a nearly three-month siege that reduced much of the strategic port city to a smoking ruin, with over 20,000 civilians feared dead.

In unusual step, US military aircraft will transport first pallets of baby formula to US

The first flights of the Biden administration's latest effort to expedite baby formula delivery to the US amid a nationwide shortage will include US military aircraft, a White House official says.

Scott Olson | Getty Images The Centers for Disease Control and Prevention this week urged older Americans to get a Covid booster shot to increase their protection against the virus amid another surge in hospitalizations, particularly among those 70 and older.

Why Does the Internet Hate Amber Heard?

It's the trial of the century-kind of. The legal showdown between Johnny Depp and Amber Heard has captivated the country, and Derek is a bit confused. Why is everybody talking about this miserable celebrity relationship? Why are so many people obsessed with demonizing Amber Heard?

KANSAS CITY, Mo. - After months of waiting and delays, FIFA announced they will reveal the cities that will host the 2026 FIFA World Cup in the United States on June 16. Kansas City is one of 16 cities with a bid to be one of the 11 host cities in 2026.

KANSAS CITY, Mo. (KCTV) - The birds are back! The Kansas City Zoo has been closely monitoring the avian influenza outbreak for the past few months. In March, the birds that could have had direct contact with wild waterfowl were relocated to protected areas.

OVERLAND PARK, Kan. - Paul Hansen spent 20 years in the U.S. Air Force, and was stationed in Korea. "[There were] Two places to go which had heat and light - one was the local bar and the second was the gym," Paul Hansen said.


Artsy All Year Round

KANSAS CITY, Kan. (KCTV) - When you think about Friday art gallery walks, you might think First Friday in the Crossroads. But, there's a new Friday in town on the other side of the state line. KCK's Third Friday Art Walk opened its second season this week.

Hide Transcript Show Transcript TONIGHT THROUGH OUR DAY TOMORROW EVENING FORECAST. I THINK REALLY MUCH OF YOUR EVENING IS DRY. SO IF YOU'RE GONNA BE HEADING OUT TO THE ROYALS GAME, I TNKHI WE'RE FINE, BUT AS WE HAD LATER ON THE EVENING, WE'RE GONNA BE WATCNGHI SHOWERS AND STORMS DEVELOPING MAINLY SOUTHEAST THE METRO.

Metric - All Comes Crashing is the song of the day and this is the OPEN THREAD for right now.