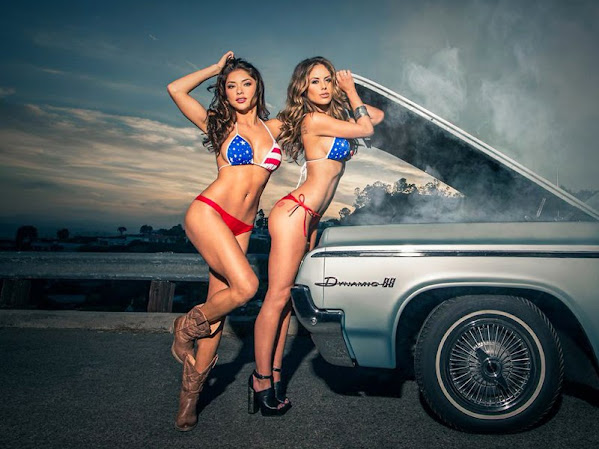 As of May 8, Midwest Recovery Centers CEO Jeff Howard was officially two decades sober. He celebrated two weeks ago with a trip to Peru, where he and others in long term recovery hiked Machu Picchu.

Kansas City-area filmmakers, actors and musicians say they wanted to create a project where viewers could attempt to understand the fear and anxiety of sending a child to school. Courtney Collado says her project is all through the eyes of a parent.


Remember The Real Deal Is More Important Than Movies

JACKSON COUNTY, MO (KCTV) --- When the original Top Gun hit theaters back in 1986, many people nationwide rushed to see it on the big screen. That includes Clinton, Mo., native Jeff Wagoner, who let's just say really felt the need...the need for speed.

UFC's richest ring girl Arianny Celeste has sent fans wild after posting a snap of herself wearing a lacy corset on Instagram, leaving very little to the imagination. The 36-year-old, who has an OnlyFans account, is one of the UFC's most reputable ring girls, having been named the Ringcard Girl of the Year at the World MMA awards on six separate occasions.

President Joe Biden stood on the step of his armored limousine and pointed his finger at demonstrators in grief-stricken Uvalde, Texas, who were beseeching him to "do something" in the wake of the horrific elementary school massacre.

Kamala Harris calls for assault weapons ban: 'We are not sitting around waiting'

Kamala Harris called for a ban on assault weapons in the US and the passage of much-delayed gun control legislation after speaking on Saturday at a funeral for the oldest victim of the Buffalo mass shooting earlier this month.

Trump Added More to the National Debt Than Obama and Bush

Three factors determine 80%+ of our longevity - diet, exercise and sleep. Of those, sleep is by far the easiest to get right. Why it matters: We aren't. 1 in 3 American adults don't get enough sleep - defined as 7 or more hours a night - per a Centers for Disease Control and Prevention study.

Elon Musk's will-he-or-won't-he Twitter purchase may have descended into the Wall Street version of reality television, and it was recently eclipsed by the news that he'd reportedly paid a flight attendant $250,000 in hush money after she'd accused him of sexual misconduct, but his concerns about free speech on social media have sparked a valuable debate.

The unbalanced schedule sometimes leads to teams playing a lot of games against each other in a short time in the case of the Royals vs. Twins, all they had between their last series sweep at their hands was a two-game series in Arizona.

On North Oak Trafficway sits a tiny storefront in a quiet strip center dotted with picnic tables with large green umbrellas where people are eating lunch - because there is no room to sit down inside.

Breezy south winds will hold temperatures near 70 degrees through daybreak on Sunday with even warmer temperatures on Sunday. Our focus will turn to a storm system that will drop a cold front across the area by Monday night.

Skid Row - I Remember You is the song of the day and this is the OPEN THREAD for right now.