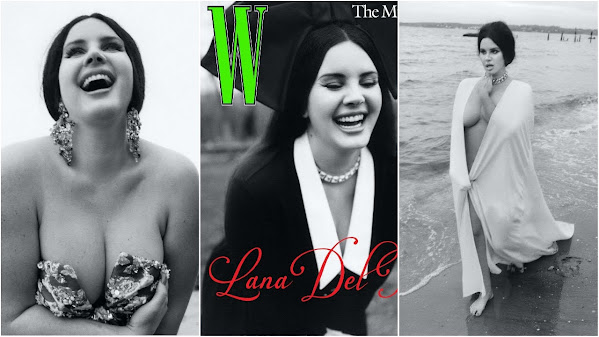 Right now we take a peek at the latest from diva Lana along with a dive into pop culture, community news and top headlines.

Six semi-trucks, animal trailer and more involved in major crash on I-49 in Belton

crash i-49 near 58 highway SOURCE: KMBC Police say alternate routes are advised after a serious multi-vehicle crash in near Belton, Missouri Wednesday afternoon. On Northbound I-49 near 163rd Street at approximately 1:34 p.m. today, the Belton Police Department received a call regarding a multi-vehicle crash.

LAWRENCE, Kan. - It was an unwelcome sign for two Black women in Lawrence. "If you aren't white, don't come in. Our property manager doesn't deal with your kind," the letter said. Emily Martin found it when she tried to use a community space at her apartment complex.

Missouri residents are decrying a potential change to state rules that would allow power plants to discharge contaminants into groundwater through a general permit for multiple facilities. Power plants currently have individual, site-specific permits that allow them to lawfully discharge pollutants like those from coal ash ponds into groundwater.

Watch your step! Lawrence Parks and Recreation said on Facebook. "With heavy rains and warmer weather, snakes (including copperheads) become more active in many of our parks, their natural habitat, as they venture out and explore."

The half-staff order from state leaders comes after a day of massive tragedy in Uvalde, Texas, where nearly 20 children and mutiple adults were killed Tuesday President biden says these types of mass shootings at schools, grocery stores, houses of worship happen here more than anywhere else in the world.

Sands Point, the tip of a peninsula on the North Shore of Long Island, was the inspiration for East Egg, the fictional Gold Coast setting of F. Scott Fitzgerald's The Great Gatsby. Once a rural retreat for robber barons, it's now a nature preserve that abuts a New York City suburb.

WASHINGTON - President Joe Biden signed an executive order Wednesday aimed at reforming policing practices on the second anniversary of the death of George Floyd. The order creates a national registry of officers fired for misconduct and encourages state and local police to tighten restrictions on chokeholds and so-called no-knock warrants.

DALLAS -- Golden State Warriors coach Steve Kerr didn't want to talk about basketball in his pregame news conference heading into Game 4 of the Western Conference finals against the Dallas Mavericks on Tuesday night. Basketball, he said, didn't matter. "Since we left shootaround, 14 children were killed, 400 miles from here.

A former aide to Trump White House chief of staff Mark Meadows told the House January 6 committee that then-President Donald Trump had suggested to Meadows he approved of the "hang Mike Pence" chants from rioters who stormed the US Capitol, two sources familiar with the matter told CNN.

Current COVID-19 cases are just a fraction of what they were at the peak of the omicron wave. But many people in the country may be noticing what seems to be a flood of cases in their social circles. Health experts say this anecdotal evidence may not be simply coincidence, as the U.S.

The Ultimate Omelette at Summit Grill. // Photo by Liz Goodwin Brunch and bottomless bubbles for your Memorial Day weekend As you gear up for the Memorial Day holiday, Third Street Social and Summit Grill are preparing to leave your thirst quenched and your brunch needs met.

Where this kitschy stagecoach Statue landed after leaving Overland Park

This close-to-lifesize fiberglass stagecoach was made for a UMB bank branch in Overland Park and installed in 1971. It was a landmark at the corner of 80th Street and Metcalf Avenue for the past fifty years. Jeff Rogers, the director of the Independence Square Association, insists it works for Independence, too.

Wednesday is an Impact Day with fog, mist, and light showers for much of the morning. Non-severe showers and thunderstorms expected in the afternoon. High 68°.Thursday will be another Impact Day as showers & an isolated storm (non-severe) are possible until late in the day.

Jack White - What's The Trick? is the song of the day and this is the OPEN THREAD for right now.