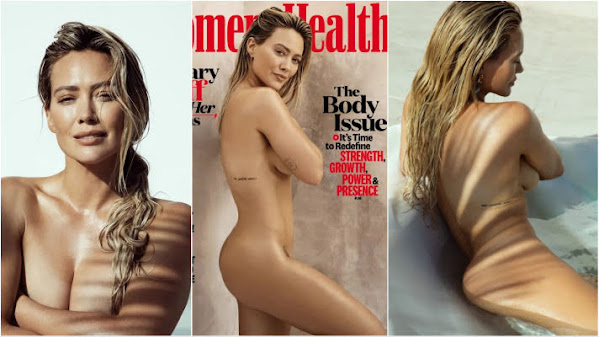 We've never heard one of her songs . . . BUT . . . Now we're willing to listen given that hottie Hillary Duff and her booty inspire this peek at pop culture, community news and to headlines.

Get ready - the world's largest bounce house is coming back to the Kansas City area this summer, and organizers say it's bigger and better than ever. The Big Bounce America 2022 tour is bringing the massive bounce castle complete with a basketball court, giant slide, massive ball pit, a giant rabbit to climb on, and more to Wallace Park in Belton.


Comeback Inside The Loop

DTC celebrates with business intelligence + reception The Downtown Council dedicated its latest Board of Directors meeting last week at the Town Pavilion to the business (and celebration) of welcoming employees back to the office. The May 5th board meeting was loaded with realities about the return to Downtown offices, including a panel discussion with [...]

A shortage of materials is putting construction on hold as workers wait months for back-ordered items to become available. The construction industry is also seeing the highest price hike in more than 50 years. "I have never seen it quite like this," Linda Allard, the president of LA Design said.

The Johnson County Planning Commission has spent more than a year working on regulations for commercial solar facilities. On Tuesday, it will take up the contentious issue again - this time with firm marching orders from county commissioners to make proposed regulations less onerous.

A conference that starts Wednesday focuses on mental health in Kansas City and the impact it's having on the workplace. Many employers are taking this issue much more seriously.The pandemic made a bad situation worse regarding Kansas Citians' mental health.

As far as celebrities go, Hilary Duff has presented herself more conservatively in the public eyes than most. In a day when Britney Spears was facing backlash from keyboard commandos for her nude Instagram photos, saying that they indicated that she was a questionable parent, it's not hard to see why Duff has preserved a more traditional image of motherhood on her social media feeds.

What can Biden actually do about inflation?

President Biden said Tuesday that bringing down inflation is his " top domestic priority" but there are limits on what any president can do unilaterally to bring down the high consumer costs that have dogged Biden's approval numbers.

Former President Donald Trump's political comeback suffered a blow in Nebraska after his choice for the GOP gubernatorial nomination was beaten in the primary by a hog farm owner. With almost all precincts reporting early Wednesday, Jim Pillen - who is also a veterinarian and a University of Nebraska regent - had 33.9% of the vote compared to 30.2% for Trump-endorsed Charles Herbster.

WASHINGTON (AP) - An interminable and unwinnable war in Europe? That's what NATO leaders fear and are bracing for as Russia's war in Ukraine grinds into its third month with little sign of a decisive military victory for either side and no resolution in sight.

The first teaser trailer for James Cameron's sequel Avatar: The Way of Water rode a huge wave of interest when debuting online early Monday after playing exclusively in cinemas over the weekend. The teaser finished its first 24-hour online window with 148.6 million views, including 23 million from China alone, according to Disney and 20th Century.

"I wanted to introduce Akvavit to people because you just don't see it," Uhl says. "This is the most experimental drink on the menu, and people say 'this is the coolest thing I've ever drank.' It's herbal, sweet, bitter and alcohol-forward."

UMKC junior Bre Blankenship will serve as the new editor-in-chief of Roo News starting in the fall of 2022. Blankenship, who's majoring in interpersonal and public communications, will take over the organization that was named the second-best student newspaper in Missouri twice in the past four ...

Heat continues through Thursday in the metro

Making Movies - Calor is the song of the day and this is the OPEN THREAD for right now.