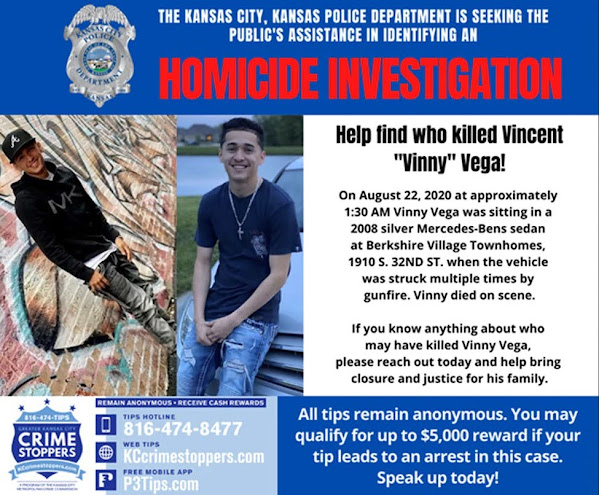 As more violence hits our neighbors across the metro . . . Law enforcement remind us that a tragic local homicide is likely connected to other instances of recent violence.

“I think it’s more than just one incident. I think that the shooter or shooters could be involved in other cases yes,” said Senior Master Detective James Gunzenhauser.

Who shot and killed Vinny Vega in KCK?

KANSAS CITY, KS (KCTV) --- Vinny Vega was dropping his girlfriend off at Berkshire Village Townhomes on August 22, 2020 when more than 20 bullets were shot at his car. Vinny died at the scene. It's a case that haunts Vinny's family and troubles investigators. "I think it's more than just one incident.