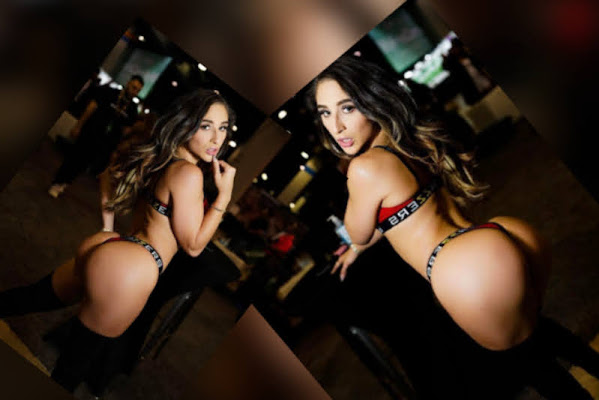 KANSAS CITY, Mo. - Fire fighters in Kansas City, Missouri, responded to a fire at the Pilgrim Rest Baptist Church on Thursday evening. According to KCFD spokesperson Jason Spreitzer, crews were battling the fire in the basement. The call to the fire first came in at around 8:40 p.m.


Give Cyclists A Brake

KANSAS CITY, Mo. - A bicyclist suffered critical injuries after being struck by a vehicle Thursday night in KCMO. The crash happened at about 8:30 p.m. at Blue River Road and Blue Ridge Boulevard. No other information was immediately available. This is a developing story. Check back for updates

Looking for something to do this rainy weekend in KC? Check out these events happening on May 5-8, 2022.

Belden Momentum: Back to the lab again with KC Bier Co.'s secret weapon

KC Bier Co.'s Elizabeth Belden. // Photo by Chase Castor Elizabeth Belden stands amid the gleaming cylindro-conical fermentation tanks at Kansas City Bier Company. The last date they were chemically cleaned is written in blue ink on a whiteboard. Nearby, an industrial centrifuge whirs out the last bits of sediment from an IPL, KC Bier Co.'s German take on an...

A Kansas City dog is in the running for a national hero dog award but not for saving a human. For this dog, it's about saving other dogs."Bliss has never pulled anyone out of a fire.

NFT emerging brand of the year is collaborating with Abella Danger to launch her first NFT collection, . Metabella is a collection of 6,969 NFTS on the Ethereum blockchain created in partnership with Abella Danger and Pokmi, both leaders in the adult industry as Abella is the most popular adult actress and model and Pokmi the leading NFT platform dedicated to the adult industry.


Prez Biden On The Brink

'There is no going back': How the war in Ukraine has pushed Biden to rearm Europe

Russia's invasion of Ukraine has already induced some of the deepest revisions to European defense and security posture in at least a generation.

Trump says 'MAGA is saving America,' in response to Biden

President Biden on Thursday announced that Karine Jean-Pierre will replace Jen Psaki as White House press secretary - becoming the first black and first openly gay person to hold the position. Jean-Pierre, 44, grew up in Queens and will replace Psaki on May 13 after working more than a year as a deputy press secretary.

FDA limits use of J&J's Covid-19 vaccine for adults

The U.S. Food and Drug Administration (FDA) said on Thursday it was limiting the use of Johnson & Johnson's Covid-19 vaccine for adults due to the risk of a rare and potentially life-threatening side effect.

Johnny Depp was a jealous partner who frequently attacked Amber Heard while accusing her of cheating during drug- and alcohol-fueled rages, the actress said, as she broke down on the stand Thursday.

KANSAS CITY, Mo. - The scent of barbecue will float over Arrowhead again this weekend. It's time for the second annual Kansas City BBQ Festival. The weather will finally be warmer and dryer ... and does mom really want anything other than a plate of brisket for Mother's Day?

Looking north from under the Museum Colonnade. East side of the Kansas City Museum. The Wisteria grows on the Colonnade on the North side of the building it leads to what was the Planetarium. It's quite lovely each year.

Hide Transcript Show Transcript OF THE DAY. WE HAVE TO GET THROUGH THIS EVENING AND TONIGHT. STILL ABOUT A 40% CHANCE ON INITIALLY. IN THE YELLOW TRIANGLE SINCE IT WILL IMPACT YOUR PLANS FOR THIS EVENING. THEN ITLE EVASTE TO A 70% RISK FROM 9:00 TO 10 P.M. AND BEYOND.

Justin Bieber - Honest ft. Don Toliver is the song of the day and this is the OPEN THREAD for right now.