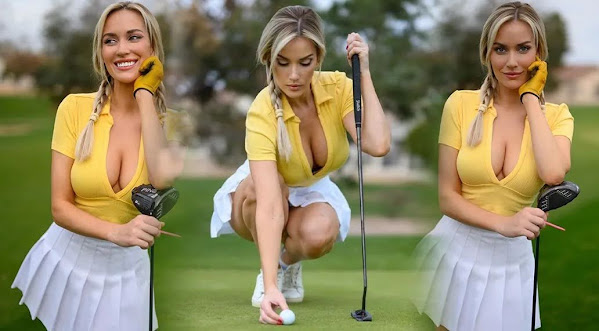 Right now we take another quick peek at hottie Paige along with pop culture, community news and top headlines.


Kansas City Rolls With It

KANSAS CITY, Mo. - The trucking industry is one vital part of our economy, that like many others, has felt the impact of inflation and supply chain issues. "As a driver we've been coming to work everyday," Jared Mann, a driver and CDL training instructor at Estes Express, said.

Overland Park prepares to open some of its pools for summer

Some of Overland Park's swimming pools open up for the summer on Sunday but not all of them.The aquatic center at Young's Park will open up, but a shortage of lifeguards will keep one pool closed all summer.The city has trained 200 teenagers and young adults to be lifeguards, which is enough to staff three of the city's outdoor pools.

Go inside this $4M, 200-acre Missouri winery for sale

WARREN COUNTY, Mo. - A 207-acre winery in Warren County is on the market for $4 million. The vineyard was purchased by two brothers in 1997, but Lost Creek Vineyard bears little resemblance to what the brothers saw on their first day at the site.

KANSAS CITY, Mo. - We hope you'll join us in celebrating Cynthia Newsome as she transitions roles at KSHB 41 from anchor to her full-time role as Director of Community Partnerships for the station. -


Hottie Golf Pro Gets Something Off Her Chest

People always ask me if my boobs are real...here's the truth says Paige Spiranac

PAIGE SPIRANAC revealed a number of personal secrets as she undertook a revealing Q&A with her 3.3m Instagram followers. The former golf pro and influencer, 28, took time out to answer numerous questions from her devoted online fanbase. They ranged from 'Why do I suck at golf?' to 'Did you finally get married?'

Biden zeroes in on plan to cancel $10,000 in student loans per borrower

President Biden is nearing a decision on student loan debt forgiveness, with the president and his team zeroing in on canceling $10,000 per borrower, with some potential caveats. White House officials cautioned no decision has been finalized as Biden continues to weigh his options. The president is scheduled to speak at the Naval Academy's commencement...


Police Stand Up To Blame Game

The head of the Texas Department of Public Safety is giving updates on the investigation into this week's deadly shooting at Robb Elementary School in Uvalde.

Elon Musk says upcoming recession is 'actually a good thing,' and predicts how long it will last

Tesla CEO Elon Musk, who has gained even more notoriety amid his purchase of Twitter and who has previously predicted an economic recession, claimed that the upcoming recession is "actually a good thing," a necessary "rude awakening" after a lax attitude from the COVID-19 pandemic.

WASHINGTON - Newly disclosed documents have shed a crack of light on secret executive branch plans for apocalyptic scenarios - like the aftermath of a nuclear attack - when the president may activate wartime powers for national security emergencies.

Ukraine said on Friday its forces may need to retreat from their last pocket of resistance in Luhansk to avoid being captured by Russian troops pressing a rapid advance in the east that has shifted the momentum of the three-month-old war.

Thousands of gun owners, throngs of protesters and some prominent Republican politicians gathered in Houston for the National Rifle Association's annual meeting Friday, just three days after 19 children and two adults were shot to death at an elementary school in South Texas.

The judge and court staff who have sat through six weeks of testimony in the defamation trial between Johnny Depp and Amber Heard received a round of applause as the jury finally began deliberations in the case.


Put a ring in it: Journey Pro enters the 'Era of Agnes' with new location on KC's East Side

"We're asking fans to take this leap of faith in this big, crazy warehouse," DJ Stewart said, months after gaining national acclaim from a documentary about his fight against brain cancer. "And everybody just keeps killing it better than I could have imagined. I'm the luckiest dude, with the craziest life."

FilmX is getting physical with KC's photography scene

Travis Young in the FilmX lab. // Photo by Chase Castor In an age of TikTok and instant dopamine hits, creating and savoring honest art takes practice. There has been a clear resurgence of analog appreciation when it comes to music and vinyl records, but what about visual art?

Hide Transcript Show Transcript GRANDVIEW AND INDEPENDENCE 69 RIGHT NOW IN BLUE SPRINGS, SO IT'S JUST A BEAUTIFUL AFTERNOON. IT'S GOING TO CLIMB JUST A FEW MORE DEGREES TO 77 FOR OUR HIGH TODAY 79 IN LAWRENCE. EXPECT MARSHALL WILL MAKET I TO 74 DEGREES.

Harry Styles: Daylight - Music Video by James Corden is the song of the day and this is the OPEN THREAD for right now.