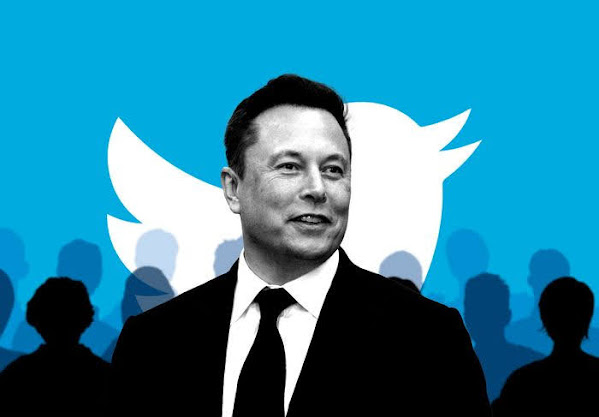 In this quick post we focus on NOT-SO-SHOCKING SOCIAL MEDIA HYPE IMPLOSION along with pop culture, community and top headlines.

Kansas City soprano Victoria Botero has spent a lot of time recently thinking about a poet who was born in Odessa, Ukraine, in 1889. Botero says Anna Akhmatova's poems serve as a testament to survival. "We should pay attention," Botero says. "When a poet can cross the century, can cross continents, can cross languages.


South Side Spruces Up

Two big annual spring cleanups with six drop-off sites in south Kansas City altogether will be conducted from 8 a.m. to noon on Saturdays, May 14 and 21, and all KCMO residents are eligible to participate. The 6 th Council District Cleanup May 14 will have drop-off sites in the parking lots of Ruskin High School, 7000 E.

KANSAS CITY, Mo. - One registered nurse who worked through the entire pandemic is looking back on the past two years as National Nurses Week comes to a close. Heather Vasquez says the fight against COVID-19 continues, with cases still popping up in Kansas City and beyond.

KANSAS CITY, Mo. - Imagine being a child and having your entire life uprooted again and again. It's what thousands of kids in Kansas and Missouri go through on a regular basis. Right now, there are nearly 6,500 kids in Kansas foster care and more than 20,000 in Missouri.

Elon Musk says deal for Twitter is 'on hold'

Twitter shares were down 18% in premarket trading after Elon Musk said in a tweet that a deal for the company was temporarily on hold. No other details were available. Twitter's board accepted Musk's offer in late April to take the social media giant private at $54.20 per share.

"It's just a matter of time before we're talking about a cost-of-living crisis," economist Mohamed El-Erian told CNBC on Wednesday after the April CPI report.

One tragic fact about the nearly 1 million people who died of COVID-19 in the U.S. is that a huge share of them didn't have to. In Tennessee, 11,047 of the people who died could have survived if everyone in the state had gotten vaccinated. In Ohio, that number is 15,875.

'They were furious': the Russian soldiers refusing to fight in Ukraine

When the soldiers of an elite Russian army brigade were told in early April to prepare for a second deployment to Ukraine, fear broke out among the ranks. The unit, stationed in Russia's far east during peacetime, first entered Ukraine from Belarus when the war started at the end of February and saw bitter combat with Ukrainian forces.

KANSAS CITY, Mo. - Pilots from the Whiteman Air Force Base 303d Fighter Squadron will perform a two-ship flyover at 2 p.m. Saturday at Kansas Speedway. The flyover will take place just before the NASCAR Cup Series AdventHealth 400 race. Maintainers from the 442d Maintenance Group, more widely known as the KC Hawgs, will support the flyover.

KANSAS CITY, Mo. - Kat Collet, the owner of With Love Salon in Kansas City, Missouri, works to educate others when it comes to diverse hair. "As an artist I've always loved to create, I've always loved chemistry," Collet said. Colleth's salon in the Kansas City Crossroad drips with bright colors and her designs.

The current list of Order of the Arrow offerings has an eye toward the hot summer months ahead and includes a Rusty Nail, Lemon Drop Martini, Midori Sour and Blue Hawaiian, with a Long Island Iced Tea and a Pink Squirrel joining the menu soon.


Katie Reminds Us To Bring Umbrella

Hide Transcript Show Transcript OR THE RACE WEEKEND FORECTAS AS WE'VE GOT SATURDAY GREAT FOR THE HEART OF AMERICA 200 DUTCH BOY 150.

Post Malone - Cooped Up w. Roddy Ricch is the song of the day and this is the OPEN THREAD for right now.