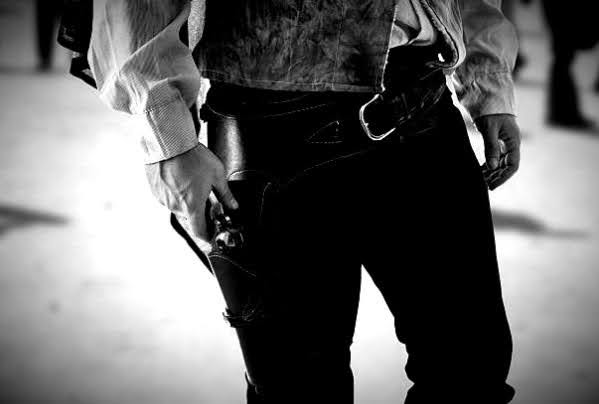 THE SUSPECTED KANSAS CITY SHOOTER WAS WEARING A GUN HOLSTER!!!

Apropos for #TBT . . . We thought this gear for anyone but police has been out of fashion since the days of cowboys . . . Check the sign of the times that proves otherwise . . .

Suspect was arrested at the scene. Police noted he didn't have a gun on him, however, he was wearing an empty gun holster. Two guns - a handgun and a rifle - were found in the vehicle used by suspect.