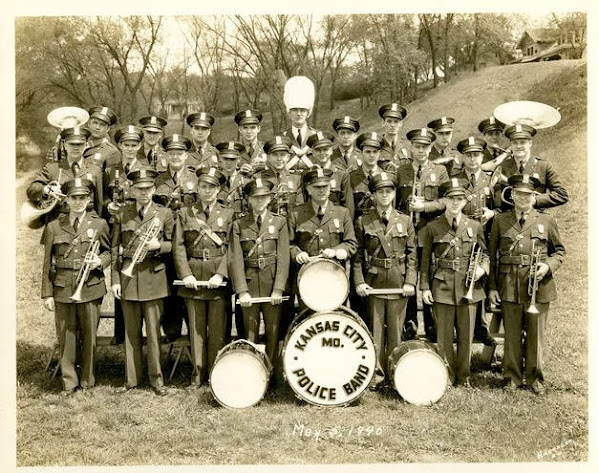 We start out with one of our favorite old school local pix for #TBT and then quickly move forward:

There are are a few links worth checking out in this collection related to police action, court cases and ALLEGED misdeeds. The common theme is creepy dudes.

Still, always search for a reason for hope within this collection of human misery.

On Wednesday, the Bureau of Alcohol, Tobacco, Firearms and Explosives held a seminar for Kansas City journalists and a University of Missouri-Kansas City criminal justice professor on use-of-force situations and constitutional law.

WASHINGTON, D.C. - A Missouri man faces five charges in relation to the January 6 Capitol riot in Washington, D.C., in 2021. John George Todd III is the latest area suspect to face charges from the events that took place at the United States Capitol building while lawmakers voted to verify the 2020 election results.

'It's destroying our community,' Fentanyl gripping rural counties in Missouri

Missouri man dies after setting himself on fire, running at officers

CHILLICOTHE, Mo. - A man is dead after police say he doused himself with flammable liquid and then set himself on fire. It happened in Chillicothe Wednesday evening. The police department said several people called 911 to report a suspicious man. At first the reports said the may had a container of flammable liquid and asked businesses for lighters.

KANSAS CITY, Mo. - A former teacher and coach at Oak Park High School is under investigation for having an alleged sexual relationship with a student in 2021. KSHB 41 News is not naming the male teacher because he's not been formally charged. According to a search warrant, administrators contacted the Clay County Sheriff's Department on Dec.

EXCELSIOR SPRINGS, Mo. - A current Excelsior Springs School District staff member is under criminal investigation for allegations of abuse against elementary school children. The school district is standing by that employee even though the allegations are serious in nature. They include excessive physical force and spraying at least one elementary student with apple cider vinegar.

JOHNSON COUNTY, Kan. (KCTV) - According to the KC Crime Stoppers TIPS Hotline, 26-year-old Bobbie M. Nicholson is wanted on a Kansas parole violation warrant for aggravated indecent liberties with a child. Her last known address was in Olathe, but her current whereabouts are unknown. Nicholson is a registered sex offender in Johnson County, Kansas.

GRAIN VALLEY, Mo. - The Jackson County Sheriff's Office confirms it is investigating the death of two men that happened on May 3. While the family of one of the men believe it was a murder-suicide, investigators have released no details about the case including who died, where, or how?

KANSAS CITY, Mo. - The Kansas City, Missouri, Police Department is asking for the public's help locating a missing and possibly endangered 41-year-old man. Gerald Mitchell was last contacted on May 8 on social media. His last known location was in the area of East 23rd Street and Walrond Avenue in KCMO.

CHILLICOTHE, Mo. - The attorney for the woman accused of killing a woman 20 years ago while she was a respiratory therapist said his client will turn herself in. Jennifer Hall has been charged with killing Fern Franco at the Hedrick Medical Center on May 18, 2002.

The program he runs at Koch is a model for other companies interested in the "Ban the Box" movement, to get rid of the check box asking applicants if they've got a felony conviction. Right now, checking the box usually ends any chance the applicant has of moving on in the hiring process.

KANSAS CITY, Mo. - During this week's training at the Kansas City Regional Police Academy, members of the 174th entrant officer class are practicing real-life scenarios. KSHB 41 News is getting an exclusive, in-depth look at what it takes to become a police officer.