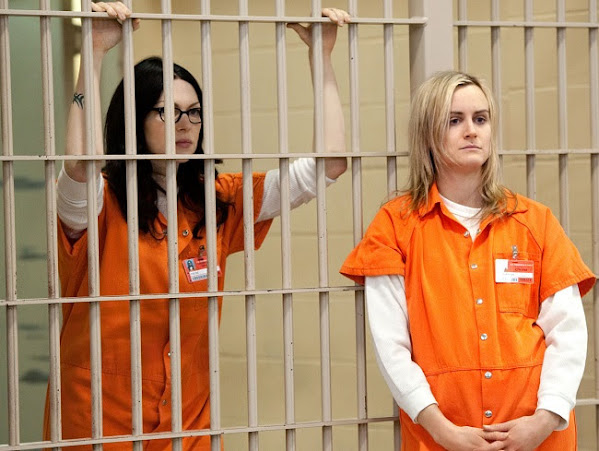 We might miss the ladies on ONTB because they remind us that crime doesn't pay AND to keep up with local police reporting, court cases and all manner of ALLEGED misdeeds.

KANSAS CITY, Mo. - A 53-year-old Kansas City, Missouri, man was convicted by a federal trial jury Wednesday of stealing and illegally possessing a firearm. Larry D. Bradley was found guilty of four counts including being a felon in possession of a firearm, stealing a firearm, possessing a stolen firearm, and receiving a firearm while under indictment for a felony.

KANSAS CITY, Mo. - Prosecutors have charged a man in connection to a hit-and-run that killed a Kansas City Chiefs fan leaving a game last October. Thomas J. Weyer, 19, is charged with one count of leaving the scene of an accident which resulted in death, according to the Jackson County Prosecutor's Office.

CHILLICOTHE, Mo. - A Missouri woman accused of killing a woman 20 years ago while she was a respiratory therapist is in custody Thursday night. Jennifer Hall is been charged with killing Fern Franco at the Hedrick Medical Center on May 18, 2002. The Livingston County Sheriff's Office reports Hall was arrested just after 6:30 p.m.

Unregistered build-it-yourself firearms have been used in at least two high-profile crimes in the Kansas City metro this year.The Bureau of Alcohol, Tobacco, Firearms and Explosives recently announced new rules to try to regulate ghost guns. Lawmakers in Kansas may be taking that even further."There was a shooting at my son's school a couple months ago at Olathe East," said Kansas state Sen.


Suspect in Joplin bank robbery no stranger to the crime

If police suspicions and federal court and prison records are correct, Vincent P. Gepson may be more incorrigible than good at robbing banks. The 63-year-old suspect in a Monday morning robbery of the Great Southern Bank at 1232 S.

The Independence Police Department is investigating circumstances surrounding a reported home invasion Thursday on the east side of the city.Police said someone called 911 around 11:25 a.m. to report seeing someone approach a neighboring home in the 900 block of South Ann Street and knock on the door.

KANSAS CITY, Mo. - A Kansas City organization initiates a renewed push to find the person who killed a 1-year-old boy. The Kansas City Crime Stoppers shared a picture of Tyron Payton Thursday afternoon, asking for additional tips in his murder.

KANSAS CITY, Mo. - Ticket holders will be able to sink their teeth into ribs from six well-known Kansas City chefs Sunday at the ninth annual Cook for Courage event to benefit Child Protection Center. The COVID-19 pandemic canceled the 2020 event and forced the 2021 event to be curbside.