Kansas City Cosplay & Prez Biden Quantum Leap: May The 4th Be With You 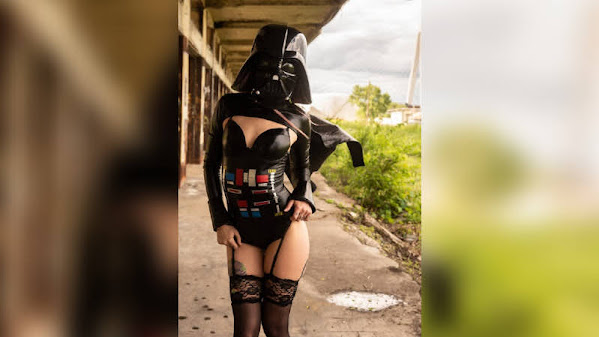 In this quick news compilation we consider the campy Internets holiday along with more pop culture, community news and top headlines . . .


Back In The Saddle

KANSAS CITY, Mo. - Hale Arena in Kansas City, Missouri's West Bottoms is the center of the agricultural world this week as the American Royal professional and youth rodeos take center stage. The youth rodeo ends Wednesday, and professionals step into the shoots Thursday through Saturday. Performances begin at 7:30 each night.

The 501st Legion Star Wars cosplayers. // Photos by Jim Thayne and Angela Stokes In St. Louis, there was a horrific car accident. A 12-year-old boy survived. The crash killed his parents and his brother was left in critical condition. His grandfather had only one plan for how to provide a spark of joy that would distract the shell-shocked kid...

KANSAS CITY, Mo. - Students in Kansas could soon be allowed to transfer to any public school in the state, whether they're a resident of that district or not. Open enrollment is part of a mega bill that was sent to Gov. Laura Kelly's desk, and she's expected to sign it into law.

A Republican lawmaker pushing legislation to legalize recreational marijuana in Missouri says his bill is in jeopardy because of stall tactics by his GOP colleagues and the insistence of the House floor leader that it include license caps. Rep.

KANSAS CITY, Mo. - Tornado sirens are normally tested on the first Wednesday of the month, but the May 4 test is postponed. Emergency Management and police departments across the metro announced they decided to delay the monthly test due to inclement weather. The sirens will be tested next Wednesday, May 11, at 11 a.m.

May the 4th be with you: The iconic characters of Star Wars

A look back at some of the Star Wars franchise's most iconic characters.

President Biden is expected to sign an executive order and a national security memo Wednesday to advance quantum information science in an effort to place the United States in a position to be able to "leapfrog well ahead" of adversaries and mitigate risks that the emerging technology poses to national and economic security.

Ivanka Trump Helped Investigators 'Fill in a Lot of the Gaps' About Her Dad's Role on Jan. 6

"There were questions asked about what was she doing at the time that the insurrection was occurring at the Capitol, and she told us," Thompson told CNN of the president's older daughter, who was also a top aide in his White House. The committee investigators "asked certain questions about her awareness of what her father was doing.

Fewer than 1 in 5 US parents say they'll get Covid-19 vaccines for kids under 5 as soon as they can, survey finds

US children under 5 are getting closer to authorized Covid-19 vaccines, but most parents may be reluctant to actually get them when they become available, a new survey found.

World hunger expected to increase after Russian invasion of Ukraine

The war in Ukraine is expected to dramatically increase the already high rates of world hunger and food insecurity across the globe, according to a new report from the Global Network Against Food Crises and the Food Security Information Network. According to the report released on Wednesday, about 181 million people in 41 countries are...


Event Security Is A Joke

Comedian Dave Chappelle was attacked during a show in Los Angeles Tuesday night after a man reportedly jumped on stage. The alleged attacker was injured in the attack and was carried away in an ambulance, according to reports.

This year, Mother's Day is Sun., May 8, and there are no shortage of ways to celebrate the mother figure in your life in Kansas City. From tasting events to full brunch buffets, one of these goings-ons is sure to make Mom feel loved.

KANSAS CITY, Mo. - When the NFL Draft comes to Kansas City in 2023, potentially hundreds of thousands of people could come with it. KSHB 41News looked back at big events in Kansas City's past and asked some city leaders how all those people will be expected to get to and around the downtown area that weekend.

Rain and thunderstorms to impact Wednesday and Thursday

Hide Transcript Show Transcript ROYALS GAME THAN THERE IS WITH THE KC CURRENTS MUCH LATER TONIGHT. LOCALLY HEAVY RAIN IS POSSIEBL OVER THE NEXT COUPLE OF DAYS. THE FIRST ROUND OF THAT POTENTIALLY HEAVRIE RAIN COMES AND OVERNIGHT, AND THEN OFF AND ON THROUGHOUT THE DAY THURSDAY, WITH AS CHMU AS ONE TO DO WE DESERVE RAINFALL, WHICH MAY LDEA TO FLASH FLOODING.

Star Wars - Cantina Band (DJ AG Remix) is the song of the day and this is the OPEN THREAD for right now.