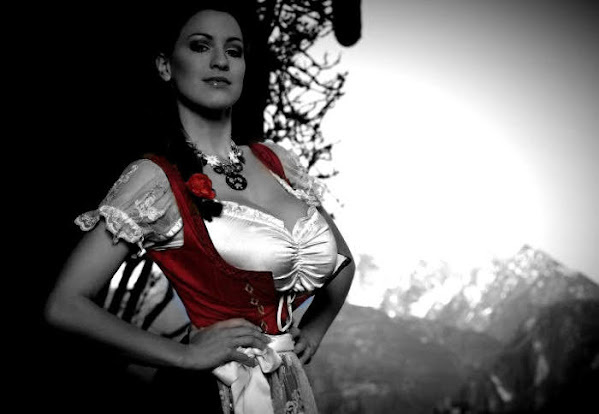 Sorry but international games really aren't the fun for fans who aren't trekking around the globe to follow the team.

However, this bit of marketing insight is appreciated . . . Nearly as much as our blog community's enduring tribute to German hottie Jordan.

"The Chiefs have to be a little peeved that the league went in another direction for the first-ever regular-season game in Germany, considering Chiefs-Buccaneers was the only possible scheduled matchup that would have included two of the four teams with marketing rights in the country"

The Kansas City Chiefs will not be traveling to Munich, Germany, to play the Tampa Bay Buccaneers this fall. That nod went to the Seattle Seahawks. The Chiefs won't be traveling to England or Mexico, either.

MUNICH - Despite rumors of a replay of Super Bowl LV going international, the Kansas City Chiefs will not be part of the international slate of games in 2022. The NFL announced the schedule for games that will be played in Germany, the United Kingdom and Mexico on Wednesday.

The Kansas City Chiefs will be staying stateside in 2022.The NFL announced opponents and dates for its five international games for this upcoming season, and despite rumors of a ticket to Germany, the team was not selected.The NFL announced earlier this year that it would be expanding its international games from appearances in London and Mexico City by adding a third location - Munich.Germany is a marker that has been rapidly expanding for the league.