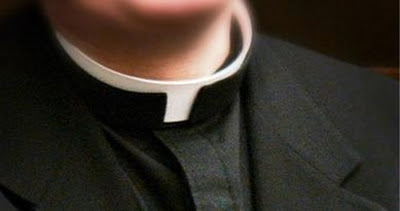 Credit where it's due . . . Mary Sanchez files a somewhat worthwhile report on a crisis of conscience that continues around the metro.

Here's a glimpse are recent drama along with underlying issues . . .

"News broke that yet another priest, this time not under Johnston’s watch, but from the diocese across the state line in Kansas, had been accused inappropriate sexual behavior with a child.

"Local media carried the story. And for many area Catholics, the news triggered emotions of the priest child abuse scandals that years ago resulted in multiple million-dollar settlements, a well-publicized civil trial and even the resignation of Johnston’s predecessor.

"And then, seemingly just as fast, the Archdiocese of Kansas City in Kansas, announced that Father Michael Scully had been cleared of the allegations. Only 72 hours had passed.

"Longtime advocates for clergy sexual abuse survivors were outraged. Word had not spread widely enough, they charged, for other possible other victims to come forward.

'“Most victims stay silent for decades,” said David Clohessy, an advocate with Survivors Network Of Those Abused By Priests, or SNAP, which made the allegations known to media.

'“But those who do speak up often act when they see evidence that their disclosure might make a difference,” Clohessy said. “So the weeks and months after a suspended or suspected predator is disclosed is a key period.”'

June marks the 20th anniversary of the Charter for the Protection of Children and Young People, which was the first time that the United States Conference of Catholic Bishops laid out a set of detailed procedures for addressing sexual abuse of minors by clergy.