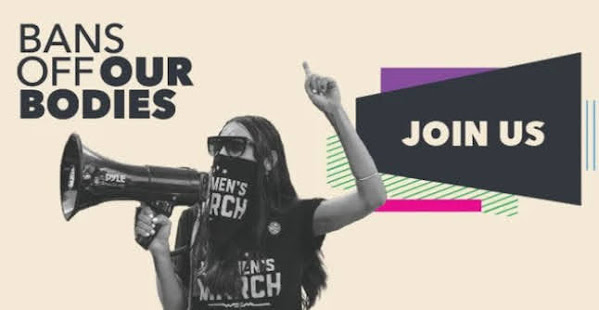 Organized by Planned Parenthood and other political organization . . . As we slouch toward midterms, take a peek at the discourse becoming increasingly divisive as the threat of a GOP "red wave" confronts progressives in the heartland.

"Hundreds of people attended a rally Saturday as part of a nationwide day of protest against the Supreme Court’s draft opinion that would overturn Roe v. Wade."

More than 300 people rallied at Kansas City's Mill Creek Park and marched around the Plaza on Saturday, joining cities nationwide to protest in support of abortion rights. The "Bans Off Our Bodies" rallies were organized by Planned Parenthood in response to a leaked opinion from the U.S.

Protesters gathered in New York, Washington, D.C. and other U.S. cities Saturday to march for legal protections of abortion and to protest the potential end of Roe v. Wade. The "Bans Off Our Bodies" event, organized by a coalition of groups including Planned Parenthood and the Women's March on the National Mall in DC, is part of a nationwide day of action to push back against states imposing restrictions on abortion.

WASHINGTON (AP) - Abortion rights supporters demonstrating at hundreds of marches and rallies Saturday expressed their outrage that the Supreme Court appears prepared to scrap the constitutional right to abortion that has endured for nearly a half-century and their fear about what that could mean for women's reproductive choices.