Kansas AG Campaign For Kris Kobach Kickoff: Like It Or Not, He's Probably Gonna Win 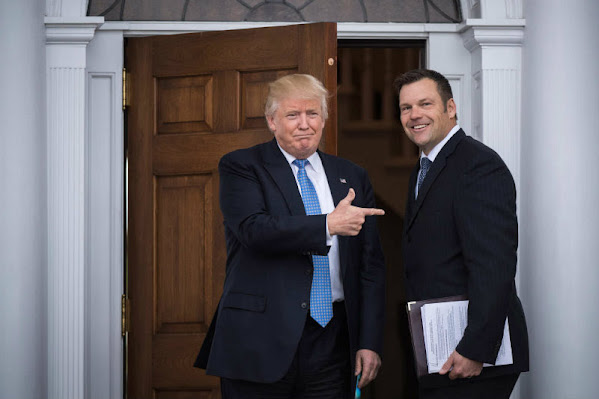 Here's a peek at the political future for Kansas and a glimpse at a Fox news guest moving up in the world.

“On a host of issues from vaccine mandates to attempts to restrict our Second Amendment rights, the Biden administration and its allies in Congress have disregarded the constitutional limits on federal power. The most important officer who can fight back against such unconstitutional actions is a state attorney general,” Kobach said.

The former Kansas Secretary of State announced a Five Point Plan for the Kansas Attorney General’s Office. The plan outlines his commitment to Kansans and the experience he will bring to the AG’s office to help accomplish the plan’s initiatives.

Kobach will prosecute voter fraud as the next attorney general, according to the five-point plan.

If elected to Attorney General, Kobach will create a special litigation unit within the AG’s office, according to the plan. The unit will be tasked with suing the Biden administration to defend Kansans’ constitutional rights.

“Leftists weaponized the legal system using activist judges to implement their ideas when voters and legislators refuse. It’s called lawfare, and the Left has engaged in it for decades,” Kobach said. “But when there’s a leftwing president in office who is violating federal law and shredding the Constitution, it’s time for conservatives to engage in lawfare to save the country.”

As a private attorney, Kobach has already filed four lawsuits against the Obama and Biden administrations. He also worked as a constitutional law professor for 15 years.

TOPEKA, KANSAS - Kris Kobach officially filed to run for Kansas Attorney General today. "On a host of issues from vaccine mandates to attempts to restrict our Second Amendment rights, the Biden administration and its allies in Congress have disregarded the constitutional limits on federal power.