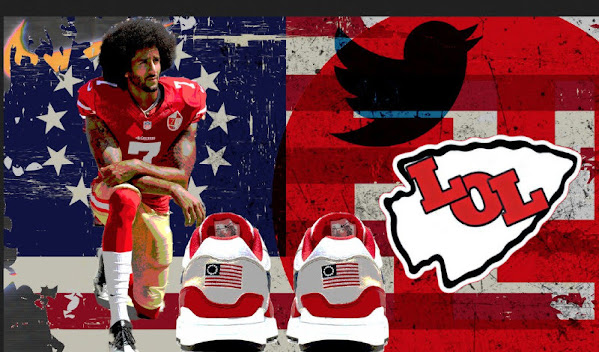 Here's more about his latest stop and what could be a reason for Chiefs fans to scream their heads off against an activist in a socially acceptable setting . . . Check-it . . .

Raiders owner Mark Davis said he would welcome Kaepernick "with open arms" provided the team's coaches and general manager were on board.

"He deserves every chance in the world to become a quarterback in the National Football League," Davis told NBC Sports.

Kaepernick has expressed his desire to play in the NFL time and time again -- even signaling he would sign with a team as a backup.

"Yeah. I know I have to find my way back in," Kaepernick said in an interview on the "I AM ATHLETE" YouTube channel.

Colin Kaepernick to work out for Raiders, sources say

Related video above: Colin Kaepernick works out in New OrleansColin Kaepernick is getting his first chance to work out for an NFL team since last playing in the league in 2016 when he started kneeling during the national anthem to protest police brutality and racial inequality.