More than anything about Kansas City politics . . .

Rigorous debate amongst Democratic Party denizens makes everyone better and clears out the mistaken idea that any single party is "entitled" to voter support. 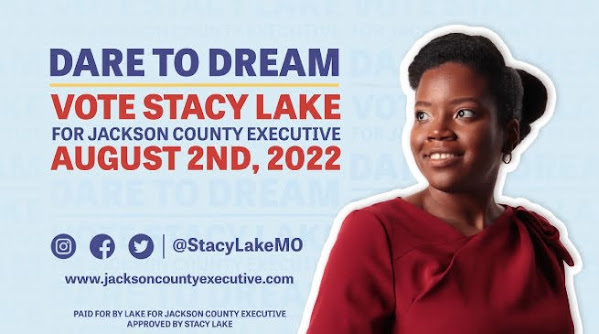 - She's a successful lady in her own right and locals were too quick to discount the self-made lawyer.

- Stacy Lake is interviewing EXTREMELY WELL in her candidate screenings. She is knowledgeable, confident and eager to talk about PROPERTY TAXES in her campaign against Exec Frank White.

TV newsies know that he runs from cameras and hates to be put on the spot.

During recent candidate interviews he differed most of his questions to his right-hand man Caleb.

And the Exec doesn't seem want to put the work into debating the future of Jackson County.

FOR THE FIRST TIME JACKSON COUNTY EXEC FRANK WHITE WILL HAVE TO FIGHT FOR HIS POLITICAL SUCCESS RATHER THAN ENJOYING HIS BASEBALL CELEBRITY!!!

If Ms. Lake can take her case to voters . . . She might pull off a HISTORIC upset victory against a candidate who hasn't even faced a real challenger and coasted into office via local name ID.