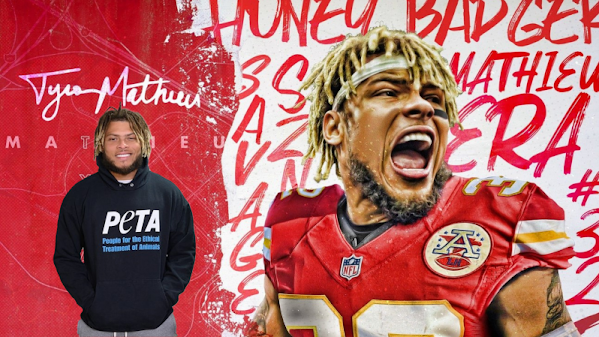 A Super Bowl winning team leader is no longer part of the local baller equation.

Here's a bit more about the aftermath of the hit to local fanboi morale . . .

In an interview on the “Rich Eisen Show” last week, Mathieu discussed how he felt about that and being replaced in Kansas City.

In what has been one of the wildest offseasons in NFL history, one of the moves that kind of went under the radar was the Chiefs deciding against re-signing All-Pro safety Tyrann "Honey Badger" Mathieu. When free agency began, Mathieu was confident he'd be returning to Kansas City, a place he'd grown as a player, [...]