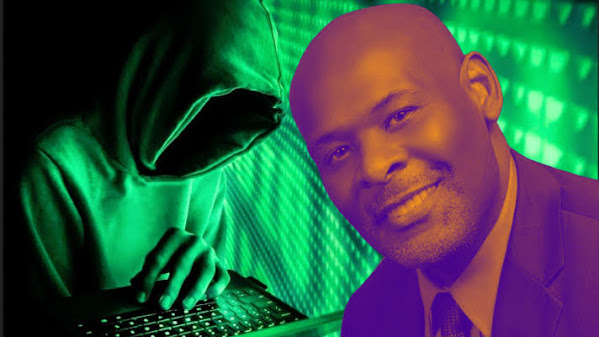 More than two weeks after a cyber attack on The Dotte, important systems and services remain down.

A few deets for newsies would have kept them satisfied and even offered a hopeful angle.

A skilled politico would have sought out help from local tech experts and deflected questions.

The Mayor was standoffish, flustered and obviously upset to be answering any questions at all.

Behind the scenes, on the QT and very hush, hush . . . (i.e. everybody knows this but is afraid to say it.)

THE TECH SITUATION IN THE DOTTE REMAINS AN EPIC HOT MESS AND THE MAYOR'S STONEWALLING ISN'T HELPING!!!

From the outset our blog community predicted this computer nightmare would be very hard to clean up. Check social media carefully and readers will notice that people inside government offices are OBVIOUSLY spilling their guts all over the Internets about the nightmare situation . . . MSM has already reported a struggle to restore services . . . And word is out that some poor employees are going back to the days of paper ledgers in order to keep track of info . . . Or at least keep appointments.

A newbie politico would rather blame the messenger than address the crisis at hand.

And all of THAT is why the latest cyber attack briefing update was only 10 minutes long and local news wasn't allowed to ask any questions.

Here's an local government mag picking up the ongoing drama . . .

The cyber attack took place April 16 and was discovered later that day by a Unified Government employee. The Department of Homeland Security and the FBI were notified. Local, state and federal officials are assisting in the investigation.

Garner acknowledged that there have been questions about transparency surrounding the cybersecurity attack.

But he and County Administrator Harrison-Lee did not take any questions.

Some systems, however, are still down. Residents cannot pay property taxes online and have to drop off their payments at the Wyandotte County courthouse. It's still unclear when all the systems will be operational.