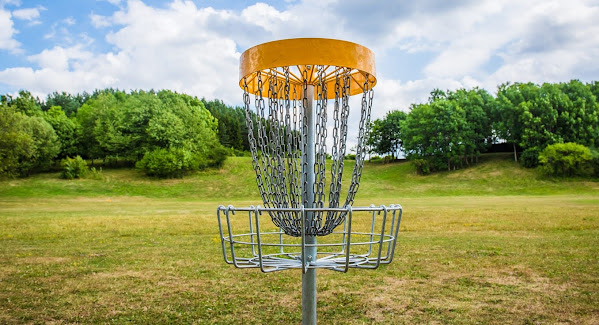 On this Memorial Day weekend we once again regret the rising quotient of violence in Kansas City.

Even worse and seemingly unlikely . . .

This is tragic for a lot of reasons but mostly because playing disc golf seems like one of the safer things somebody can do at a local park.

Here's a bit more about the event from Northeast News . . .

"Over 250 disc golfers are in town this weekend playing four different courses across the city for the second annual Kansas City Flying Disc Challenge."

Honestly, when we heard this story we thought the disc golf location was coincidental but the first reports reveal that players of this pastime were caught up in the dangerous drama.

"First responders received the call just after 2 p.m. Saturday. Authorities say the victim was participating in a disk golf tournament when they were struck by gunfire."

"The victim and three witnesses to the shooting were playing in the tournament when a suspect, who was unknown to all four parties, approached and pointed a gun.

"The suspect shot the victim, who was transported to the hospital in critical condition."

One injured after shooting at disc golf course

KANSAS CITY, Mo. - One person was shot during a disc golf tournament around 2 p.m. Saturday at Kessler Park. Kansas City, Missouri, police responded to the scene and determined a victim and three witnesses were playing disc golf in the Kansas City Flying Disc Challenge.

KANSAS CITY, MO (KCTV) --- Police in Kansas City say a man was shot while playing in the Kansas City Flying Disc Challenge on Saturday afternoon. The shooting was reported just before 2 p.m. on Saturday at Kessler Park, located at 2200 Cliff Drive.

Saturday afternoon a man was shot on the Kessler Park Disc Golf Course during the 2022 Kansas City Flying Disc Challenge (KCFDC). Just after 2 p.m., first responders were called to Kessler Park on a shooting.