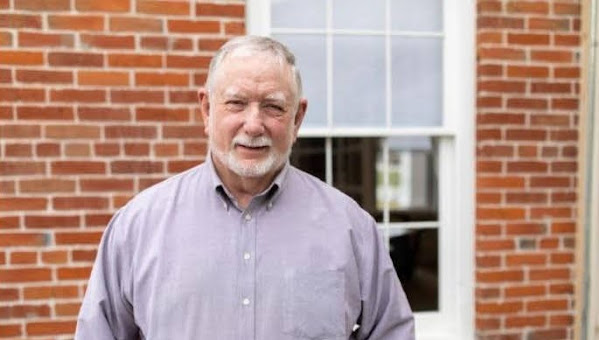 KCMO Election season is almost here and we want to share news about as many candidates as possible.

Accordingly, this note was sent our way and deserves a look . . .

“My goal is to bring more accessibility to our city government,” said Sayles. “Too often, citizens feel that city council matters are off limits to them and their voices do not feel heard. I want to bring the Northland back to the decision-making table. Local government should be about local people, not personal politics.”

Sayles’s story is one of service. He has previously served as a Captain with the Kansas City Police Department and later with the Platte City Police Department. He has also served as the business manager of his church, St. Charles Borromeo, and now teaches as an assistant professor. Beyond his profession, Sayles has been appointed to the KCMO Public Improvement Advisory Committee and is a board member of both Friends of the Clay County CASA and Northland Neighborhoods Inc.

With a background in law enforcement, Sayles is adamant in his support for first responders and public safety: “We have seen high rates of violent crime in our city,” stated Sayles. I will fight to ensure our men and women in blue are respected and supported, because without their service, we don’t have a safe community upon which to build a strong economy. Being opposed to crime shouldn’t be a controversial position.”

Alongside public safety, issues of concern for Sayles include improving city infrastructure, fiscal responsibility, and economic development. With roads and bridges in desperate need of repair, Kansas City has found itself in a constant cycle of reactionary policies as opposed to proactive approaches to maintenance. Likewise, the budget of Kansas City has continued to be a point of dissension for residents.

“I will ensure any new construction has proper code compliance. It’s beyond time for our city to explore more efficient methods of road repair. We must find a better way to prevent things like potholes from being a constant headache for locals. Likewise, I will fight for a more responsible city budget that reflects the needs of our city, rather than pandering to special interests. The Northland has long been referred to as the ‘cash cow’ for city project funding. You deserve a city government that respects your tax dollars and will use them to your benefit, rather than just funneling money out of your community.”

Richard and his wife, Marleisa, have three adult children who each graduated from Winnetonka High School and are proud of their Northland roots. Outside of campaigning, Richard and Marleisa enjoy volunteering with their church, engaging with their community, and spoiling their 18 grandchildren.