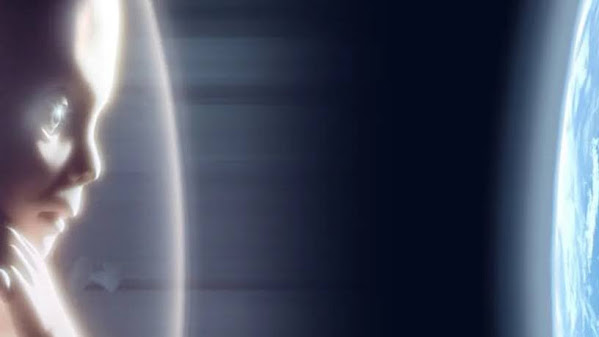 It's apropos that we finish posting tonight with a passing reference to an iconic sci-fi movie given that today's political arguments are surreal.

Again, our consideration of the topic merely considers political machinations that work to manipulate a populace far too emotionally wired into a destructive feedback loop to pause and consider the bigger picture or merely attempt to think for themselves.

Accordingly, we share more news links to argumentation and rhetoric which mostly serve to distract from an eternal crusade to rule over every life on Earth; unborn and otherwise . . .

A crowd of around 200 people in front of the Jackson County Courthouse joined thousands of others around the country Tuesday protesting a leaked draft opinion by the U.S. Supreme Court indicating the landmark decision will be overturned. Kansas native Ashanti Spears addressed the protesters, who alternated between chanting slogans and listening to different speakers.

Hundreds of protesters reacted to the leak outside the Jackson County Courthouse in Downtown Kansas City Tuesday. It was one of many nationwide protests organized by Women's March. "I feel sick, and I'm terrified," said Misha Smith, a supporter of Roe v. Wade.

KANSAS CITY, Mo. - Hundreds of abortion-rights advocates gathered on Tuesday in Kansas City, Missouri, to make their voices heard. A rally was held outside of the Jackson County Courthouse. The move came after Politico leaked a draft opinion on Monday which implied the U.S. Supreme Court would overturn Roe v.


What would overturning Roe v. Wade mean for Missouri, Kansas?

TOPEKA, Kan. - A leaked draft authored by Supreme Court Justice Samuel Alito suggests the majority of the court has voted to overturn Roe v. Wade, according to a Politico report published Monday. The Midwest will likely have very restrictive abortion laws if Roe v.

KANSAS CITY, Mo. - The leak of a U.S. Supreme Court opinion draft, that could overrule Roe v. Wade, is sparking a lot of debate for those on both sides of the aisle of abortion.

In Kansas, abortions are protected by the state's constitution but there's an effort to change that.As it stands now, Kansas is very different than many of its neighbors. Any ruling by the U.S. Supreme Court will have no effect on abortions, but a vote on Aug.

KANSAS CITY, Mo. - When Roe v. Wade became a landmark decision in 1973, it protected a woman's right to choose and a Kansas City area businesswoman says it helped her succeed. At 19- years-old, Lauren Conaway exercised her "right to choose."

Voices on both sides of the political divide in the US have reacted with shock to the leak of the US supreme court's draft decision on Roe v Wade.