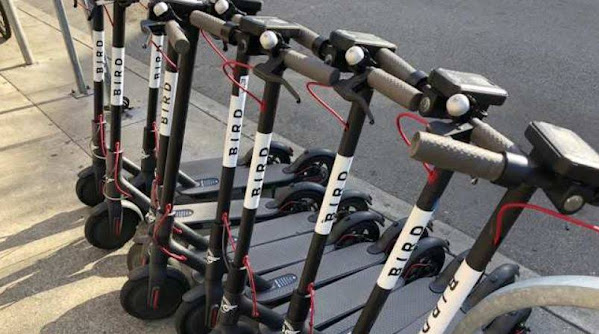 On the bright side . . . This fad seems to have passed and getting around the suburbs without a car is nearly impossible . . . So-called "last mile" transit solutions only met with popularity from youngsters and didn't really improve live for anybody who wanted to do something beyond acting like a poseur with faux friends.

The low power scooters won't make up the difference . . . Take a peek:

"The scooters must be driven on the right side of the street, and in a bike lane whenever possible. The proposed pilot program is slated to end on November 30. Under the agreement, the city would receive $0.15 per ride from Bird.

"The council will also review a proposed addition to the Olathe Traffic Ordinance requiring any e-bike, e-scooter or other micro mobility company to get permission from the city before launching its vehicles in the city limits.

"The proposal would prohibit residents from riding e-scooters on highways and on city streets with a posted speed limit greater than 35 mph. The change would also cap the speed of e-bikes at 20 mph and e-scooters at 17 mph."