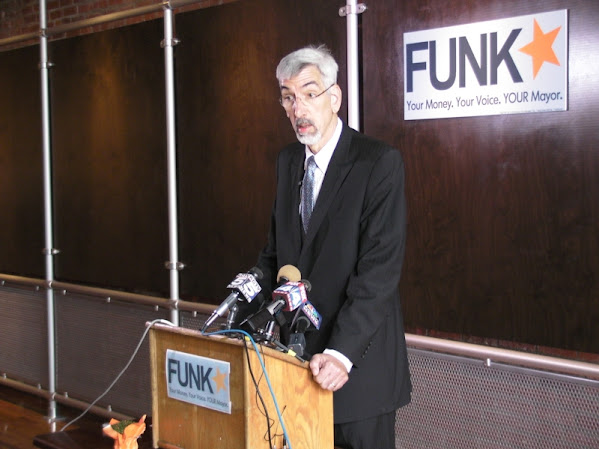 Sadly, if the former Mayor were successful at all, we'd remember him for something besides his wife's feet turned loose on city hall.

In fairness, here's his argument sent by a friend of the blog . . .

"We negotiated the settlement with the EPA and the DOJ that provided for the city to stop putting 6 billion gallons of diluted sewage into the river every year and begin to rebuild the system, which had been starved of funds by rate freezes for the last several years before I took office. Unfortunately, as indicated in the story I posted, this required large rate increases over the last ten years. It is, as they say, "pay me now or pay me later." And later is always hugely more expensive."

Now an advis e r to utilities nationwide as founder of the nonprofit Moonshot Missions , Hawkins advises elected officials and utility managers to change their mindset. "We must transform systems to make them permanently cheaper," he says . " W e need to rebuild with new technologies that reduce operating costs.