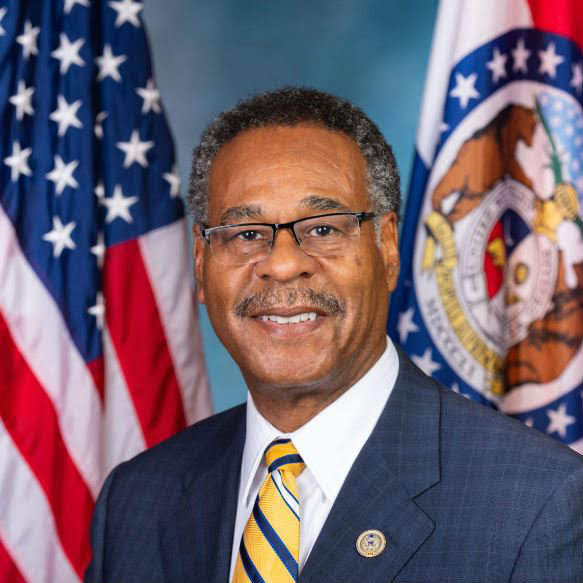 There have been so many emotive gestures but, credit where it's due, this is the only one that puts money on the table to back up political intentions.

TKC is on the Congressman's mailing list and we dutifully post most of his statements but TKC is the only local outlet that DIDN'T get this note because we're the only place that allows trusted users to retort.

“For as long as I’ve served in Congress, despite overwhelming support for gun safety reform from the public, I’ve watched this institution fail time and time again to take any serious, meaningful action to address the scourge of gun violence plaguing communities across the country—the only industrialized country where this kind of gun violence exists,” Cleaver said.

“Democrats have tried reaching across the aisle to make the most simple, common sense reforms like universal background checks; we’ve tried passing legislation on a partisan basis, only to be foiled by the filibuster; we’ve pushed for executive action, which inevitably gets reversed the minute a Republican enters the White House; we’ve tried roundtables and respectful debate; we’ve tried shaming and criticizing the empty remarks of my Republican colleagues following every heartbreaking massacre.

Still, over the last two decades, we’ve seen the production of guns triple, mass shootings on a daily basis, and gun violence become the number one cause of death for American children, outpacing car accidents for the first time in decades.”

A bit more about the aim of the legislation that has zero chance of passing . . .

“I’m sick and tired of seeing kids murdered at school, Americans gunned down at the supermarket or in their place of worship, and Missourians slaughtered on street corners because Congress refuses to do anything about gun violence. The time for thoughts and prayers has come and gone—now is the time for concrete action. And if lawmakers aren’t going to do their jobs to protect the American people, then they ought not receive any compensation following the inevitable next mass shooting. I don’t doubt that many of my colleagues would rather have a campaign check from the NRA than a paycheck for their obstruction in Congress—but we can’t continue with the unacceptable status quo, and this bill will, hopefully, make my colleagues across the aisle think twice before sitting on their hands while the next mass shooter plots more carnage in another community.”