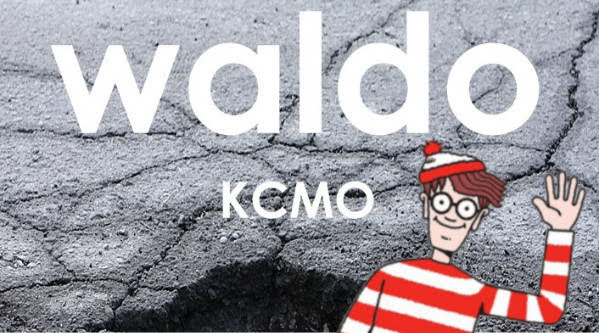 We admire the efforts of this neighborhood activist and we've followed his adventures which include more than a few great stunts . . . Like throwing a B-day party for one of this town's longstanding potholes.

Soreno, a retired executive, brings an enormous portable marquee sign with lights, which instructs passersby to sign his online petition. That document informs people about the area’s aging infrastructure, and asks city leaders to rescue roads that are filled with recurring potholes and failed street cuts, which are causing damage to automobiles and discouraging customers from doing business in the area.

KANSAS CITY, Mo. - Residents in one Kansas City, Missouri neighborhood have complained about bumpy roads for decades. Their streets are rough and rocky and they're hounding city leaders to make them smooth again. City leaders tell FOX4 there's a plan to rescue roads in the popular Waldo neighborhood.