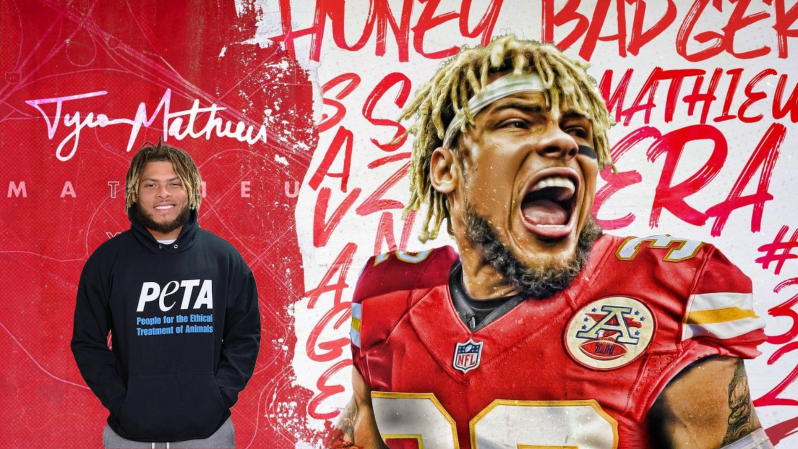 The NFL is a cruel place and even some of the top talents don't get their fare share given salary cap constraints.

Accordingly, here's a bit of good news regarding one of this town's favorite ballers who would welcome the guy back to the team even if his return is with his tail between his legs following a rough trade season . . .

During his pre-draft press conference on Friday afternoon, Chiefs general manager Brett Veach spoke about Mathieu's contract negotiations, the safety’s exit from Kansas City and whether or not the Chiefs would be open to bringing him back to play in Arrowhead.

Veach said that the Chiefs had general talks with Mathieu about the possibility of a contract extension last offseason, but the two sides were far apart on the numbers. Once the season began, talks were tabled.

“We had a lot of hurdles with the contracts and players on our team. So when we approached him, you know our expectation was that this was a longshot for us. But you know, ‘Let’s see if we can get something done, but [we] totally understand his position and where he was.’”

When the Kansas City Chiefs let veteran safety Tyrann Mathieu walk in free agency earlier this offseason, the consensus was that Mathieu wouldn't have any trouble finding a new home. Many believed he would sign a healthy contract reasonably soon after it appeared that the writing was on the wall.