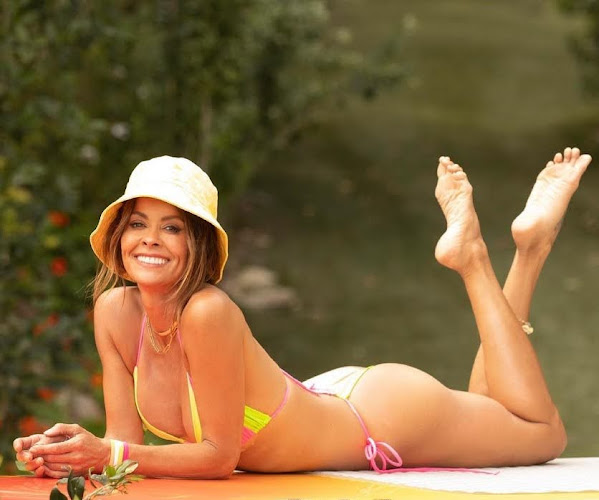 The Kansas City Council on Thursday approved a $500,000 contract to study reinvestment and development along the Prospect MAX bus route. The council voted 10-3 in favor of the ordinance, with Councilmembers Theresa Loar, Dan Fowler and Brandon Ellington voting no. They did not explain their votes.

If you have a storage unit in the Kansas City metro, you might want to check it. Kansas City, Missouri police have recovered a large number of items they say were stolen in an elaborate scheme. KMBC 9 found out how officers made the discovery and how you can get your property back.

Black-owned housing near 18th & Vine set a national example. But now it can't be saved

OPINION AND COMMENTARY Editorials and other Opinion content offer perspectives on issues important to our community and are independent from the work of our newsroom reporters. The door may be closing on Parade Park Homes, one of the oldest Black-owned housing cooperatives in the country.

Brooke Burke, 50, shows off her incredible bikini body in Malibu

Brooke Burke has an incredible figure thanks to daily workouts and clean eating. And the 50-year-old Dancing With The Stars vet showed off her shape again on Wednesday as she posed in a yellow bikini in Malibu for an image posted to Instagram.

Tesla CEO Elon Musk is offering to buy Twitter, saying the social media platform he has criticized for not living up to free speech principles needs to be transformed as a private company. Twitter Inc.

Biden Job Approval Down Most Among Younger Generations

A federal judge in D.C. on Thursday delivered a scathing rebuke of former President Donald Trump and expressed dismay over the state of American politics just moments after a jury found a defendant charged in the Jan. 6 Capitol riot guilty on all charges.

In his latest nightly address, Ukrainian President Volodymyr Zelenskyy predicted that the Russian leadership will either seek peace, or would leave the international arena forever. He also called again for an oil embargo from his European counterparts. "The European Union must stop sponsoring Russia's military machine," he said in the speech.

Last month, Britney lashed out at Justin for weaponizing her name for "fame & attention" in a shady Instagram post that was quickly deleted. The 40-year-old star admitted that she and her fiancé, Sam Asghari, initially thought that she'd had a "food baby." We were stunned when she took a test that confirmed she is pregnant.

After eight years away, Vanessa Williams is making her return to Broadway as the first lady and one of "the women in charge of the man in charge of the free world" in POTUS, a new comedy from playwright Selina Fillinger.

Meg March is the purrfect spring kitty. // Courtesy of Scott Poore and Great Plains SPCA This week's "Creature Feature" is all thanks to the help of Scott Poore of Mission Driven. Meg March is a two-and-a-half-year-old domestic shorthair cat. She is currently staying at Melissa's Second Chances and has been waiting for a new home the longest.

The COVID-19 pandemic has impacted society in ways that may not be fully understood for years to come. It has many reconsidering what makes them happy and encouraging them to seize opportunities. For the Eans family, that means leaving the business they've poured years of hard work into behind and moving to Valencia, Spain.

Kansas City is sunny and windy with elevated fire risk through Thursday night. Mostly clear skies for the rest of the day and evening.Thursday night, things get cool with temperatures falling into the 40s. Partly cloudy conditions will continue overnight.There is a slight chance of light rain showers Friday morning.

Billboard #1 April 15th, 1992 Vanessa Williams - Save The Best For Last is the song of the day and this is the OPEN THREAD for right now.