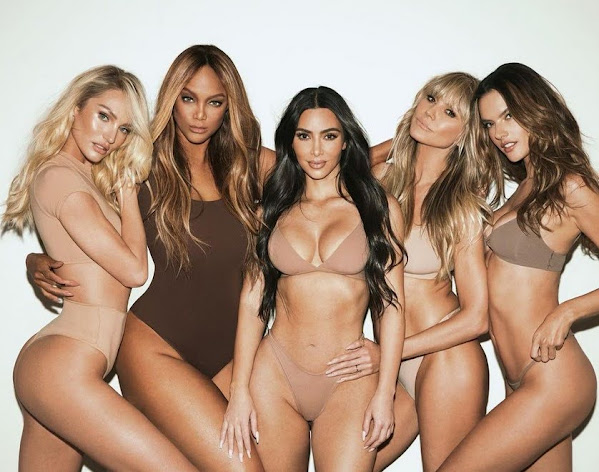 Right now we credit hottie Kim for her journey into angel greatness which inspires this #TBT peek at pop culture, community news and top headlines.

The Midwest has lost 57 billion metric tons of topsoil over the last 160 years, new study finds

A few years ago, Isaac Larsen attended a wedding at a pioneer church in Minnesota. After the ceremony, he wandered around a cemetery by the church. He noticed the cemetery, which had never been tilled, was at least a foot higher than a corn field just on the other side of a fence.

With Opening Day Thursday, there is a new book out about the construction of Kauffman Stadium and the architects in Kansas City who built it.For sports architects like Tom Waggoner, going to the ballpark isn't always about baseball."It's really interesting to see how the stadium has evolved," Waggoner said.Designs, angles,

KIM Kardashian has been slammed for allegedly photoshopping Tyra Banks' body to look like hers in the new SKIMS campaign. The 41-year-old was called out for the "unnecessary" apparent editing of Tyra's figure as she starred in a new "icons" ad with Heidi Klum, Alessandra Ambrosio and Candice Swanepoel.

Judge Ketanji Brown Jackson on Thursday received enough votes, crossing the 50-vote mark, in the Senate to win confirmation to the US Supreme Court. The historic confirmation will make Jackson the first Black woman to serve on the high court once sworn in when Associate Justice Stephen Breyer retires this summer.

subscribe to The NPR Politics Podcast podcast House Speaker Nancy Pelosi has tested positive for COVID-19, according to a statement the California Democrat released Thursday. "After testing negative this week, Speaker Pelosi received a positive test result for COVID-19 and is currently asymptomatic," her spokesman Drew Hammill said on Twitter.

Trump says he wanted to join supporters on Jan. 6 march to Capitol: report

Former President Trump, in an interview published by The Washington Post on Thursday, said that he wanted to march alongside his supporters during the Jan. 6, 2021, riot at the Capitol, but the Secret Service would not allow it. Trump told the outlet he wanted to join the rally but was told he couldn't.

Alex Jones was deposed over two days this week in the defamation suit brought against him by families of victims of the Sandy Hook shooting, according to a court filing from two attorneys representing Jones.

U.N. to vote on suspending Russia from Human Rights Council over Ukraine

The United Nations General Assembly will vote on Thursday on a U.S. push to suspend Russia from the U.N. Human Rights Council over reports of "gross and systematic violations and abuses of human rights" by invading Russian troops in Ukraine.

Is radio in a second golden age? Here's what the first looked like.

On. Oct. 30, 1938, America was rocked by shocking news: Aliens had been spotted crash-landing outside Grover's Mill, N.J. Additional sightings were soon made across the Northeast, including reports of Martians unleashing poisonous gas on Manhattan and burning onlookers alive with ray guns. Periodically, the breathless news reports would be reduced to static.


Well Read In The Dotte

Two brothers just opened an independent bookstore in KCK's Strawberry Hill neighborhood, with hopes of making it a welcoming space for readings and book clubs.

Sunshine this morning will give way to a cloudy sky this afternoon and evening. Strong winds NW of 25 mpg, gusting to 40 mph. High 50. Chance of scattered, light rain showers after 4 p.m. with a chance of snowflakes mixing in after 7 p.m. Scattered, light rain/snow showers overnight.